Consumers win in the techie war 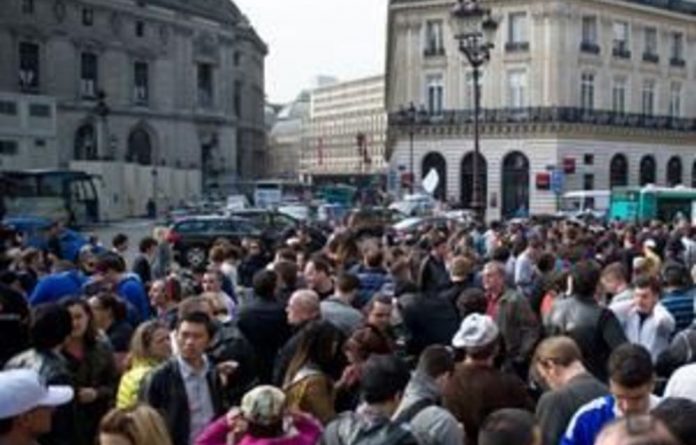 It has been a lively year for technology, despite the bad state of the world’s economy. Technology is now so intrinsic to both business and personal life that it might appear recession-proof. But this high-level view masks the Darwinian ferocity of the battles raging between the tech titans.

The year 2011 will be remembered as the one in which technology’s giants collided in four critical areas: mobile computing (smartphones and tablets), the cloud, mobile commerce and paid content. The collision had already begun in 2010, but we only began to see its full ramifications this year.

Five companies have continued to set the agenda: Apple, Google, Amazon, Facebook and Microsoft. Once you could neatly separate these five into different market segments but increasingly they are encroaching on one another’s turf. Take Google, for instance. No longer content with being the world’s leading search engine, it has pushed into the mobile market with the phenomenally successful Android platform and the personal computer market with its newly launched Chrome operating system, a direct challenge to Microsoft, which has dominated the operating-system market for decades.

Microsoft has been nibbling away at Google’s primary market — search — for years. Bing, its search engine, now serves more than 15% of web searches in the United States, but at a huge cost. Microsoft’s latest annual report revealed that Bing was losing more than $1-billion every quarter.

But even that modest and expensive success looks sterling compared with Microsoft’s performance in the mobile-computer markets. As Google’s Android and Apple’s iOS platforms have gorged on market share, Microsoft’s influence has dwindled to less than 2% of devices in use. So far Microsoft’s ace in the hole — its landmark deal to supply Nokia with software for all its new smartphones — has failed to bear any significant fruit. The latest version of its Windows Phone 7 platform, nicknamed Mango, has drawn favourable reviews but little traction in the market.

Apple is having no such difficulties. Although its share of the world’s cellphone market is only 4.4%, it captures more than half the profits. Its stranglehold on the tablet computing market — a segment it created in 2010 with the launch of the iPad — shows little sign of loosening. Analysts put its share at between 70% and 75% of all tablets sold.

And, as befits the market leader, it also has the most coherent “cloud” strategy. Once merely a buzzword, cloud technology is proving revolutionary. The principle is simple: make portable devices simpler and cheaper with less storage capacity, and let powerful centralised computers do the heavy lifting through increasingly ubiquitous broadband internet access.

In Apple’s case, this means its customers no longer have to worry about backing up their data, or moving content such as photos, movies or music between their various devices. It is all done automatically through iCloud. The loss of your beloved iPhone or iPad is now much less catastrophic because all your data, from your contacts to pictures of baby’s first steps, is instantly recoverable.

But, although the other four players’ cloud services may not have the elegance of Apple’s, they have staggering numbers of users. Amazon, in particular, has established itself as a major cloud-computing brand, selling metered access to its vast server farms in the same way that utilities sell electricity or water.

Google’s strategy, like Apple’s, is more end-user focused. Millions of businesses now eschew Microsoft’s dominant Office software package in favour of Google Docs. Although less feature-rich than Office, Google Docs is free unless you require extras such as technical support or customisation. Even then it is several orders of magnitude cheaper than Office.

Microsoft’s own cloud offering aims to cover both bases. Like Amazon, it is selling computer power to other companies, but also services directly to customers (as Google and Apple are doing). It is unclear how much traction it has achieved in either market but, as with search and mobile, it is clearly prepared to spend its way into them.

Facebook may seem like the odd one out here but its enormous reach and access to formidable engineering skills make it a dangerous competitor. By definition, Facebook is a native cloud player — a kind of social inbox for more than 800-million people around the world. Its applications (apps) are popular on every mobile platform on the planet. And so, although it does not have its own operating system or device, it still reaches more people than any of the other players.

Google is painfully aware of the threat from Facebook, a fact made even more obvious by a leaked memo in which chief executive Larry Page explicitly tied employees’ bonuses to the company’s performance in social media. The incentive clearly helped; the company’s latest offering, Google+, has given it a foothold in a market that has long eluded it.

Why the emphasis on social-media platforms? Because the vast quantities of attention they command translate directly into sales of digital content in vast quantities — at fat margins. Facebook and allies such as Zynga make literally billions of dollars a year selling virtual goods such as games and digital gifts.

Amazon recognised this opportunity well before other online retailers and invested in its Kindle e-reader in 2007. At the time many commentators scoffed at the idea of an online retailer trying its hand at consumer electronics but they were soon proved wrong. Kindle e-books now outsell physical books by a large margin.

Amazon now hopes to repeat this trick in the tablet market with the launch of its Kindle Fire. Pitched as a cheaper alternative to Apple’s snooty iPad, the Fire is essentially a handy conduit through which Amazon can sell its vast catalogue of music, movies, TV shows, periodicals and books.

No company understands the value of easily accessible digital content better than Apple. Its iTunes store remains the market leader for everything from music and movies to magazines and apps. This is the mirror image of Amazon’s strategy: using great content to drive sales of expensive devices.

It has given Apple a vast database of users, complete with their credit-card data. The obvious next step? Mobile payments for physical goods. Rumours abound that the next iPhone will have near-field communication technology built into it, which will allow shoppers simply to wave their phone at a sensor to instantly pay for their purchases.

What will 2012 bring? If anything, these collisions will become more frequent and more intense. This can only be good for the man and woman in the street: more choice, more ease of use and more power, all at ever-lower prices. Who says Christmas comes only once a year?