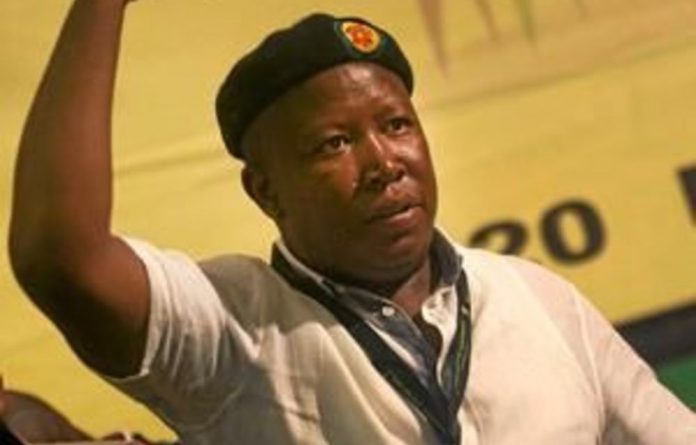 An anti-Jacob Zuma lobby group in the ANC has asked embattled ANC Youth League president Julius Malema to step aside as the face of its campaign to oust Zuma as ANC president.

The Mail & Guardian has learned that the group, which is lobbying for Deputy President Kgalema Motlanthe to replace Zuma and Sports Minister Fikile Mbalula to take over as ANC secretary general from Gwede Mantashe, wants ANC provinces to lead the campaign. They believe Malema and his youth league officials are being targeted by Zuma and his supporters.

Another reason given is that Malema has too many problems to deal with in 2012, including a disciplinary process that may force him into the political wilderness for the next five years if the appeals committee upholds the decision to suspend him.

Malema is also under investigation by the Hawks in connection with allegations of fraud and corruption involving tenders given to On-Point Engineering, a company in which his Ratanang family trust owns shares.

Anti-Zuma campaigners said this week the decision was taken to ensure that, if something goes wrong with Malema in the next few months, the campaign would remain intact.

“People suggested that we should not use Malema and other youth league leaders because they are being targeted,” said one ANC leader close to the campaign to topple Zuma. “We resolved that we are putting too much strain on [the youth league]. From now on the ANC’s provincial secretaries must lead the campaign. ANC provincial structures will start pronouncing their leadership preferences after the January 8 statement.”

Another anti-Zuma strategist added: “We decided the campaign should not be run by the youth league. The fight must be in the ANC provincial structures.”

‘We are going to win’
That, said the strategist, would include targeting forthcoming provincial ANC conferences as well as those of the South African Communist Party (SACP), the Congress of South African Trade Unions (Cosatu) and some of its affiliates, and the ANC policy conference — all of which are happening before the ANC elective conference in December next year.

“The fight is not going to be won on noises of nationalisation only, but on the ground, in regions. We must know who leads our campaign in each of the regions. That’s how we are going to win,” said the strategist.

“If we get to Mangaung with at least 65% support, we can even get someone else as president if Kgalema [Motlanthe] is not standing. We also want Mbalula to spend more time in the ANC, doing his organising and campaign work.”

The campaign to topple Zuma as ANC president was given a boost when Cassel Mathale, a Malema ally and Limpopo’s premier, was re-elected ANC provincial chairperson last weekend. Despite his suspension from the ANC, Malema was elected as a member of the provincial executive committee.

Limpopo became the first ANC province to rebel openly against Zuma’s leadership and his bid to seek a second term as ANC president. Hundreds of delegates at the conference sang derogatory songs about him. It followed a special Cabinet decision to place five departments in Limpopo under administration, a move described by many in the province as political.

In what appeared to be open defiance of Luthuli House, the Limpopo ANC then adopted a resolution that a political solution should be found to the disciplinary case against Malema and called for the nationalisation of the mines.

Divided leaders
The anti-Zuma lobby believes other provinces likely to follow Limpopo’s example in rebelling against Zuma are North West, Gauteng, Northern Cape and the Western Cape. Zuma enjoys support from Mpumalanga, the Free State and KwaZulu-Natal, which is the biggest ANC province with about 25% of its total membership.

The Eastern Cape is deeply divided but the anti-Zuma group believe they are in control of the majority of regions, including OR Tambo, the biggest in the province.

Unlike in 2007 when Zuma enjoyed overwhelming support from Cosatu, the union federation’s leaders are now divided. Zuma still enjoys the majority support of the SACP, which is led by his close ally, Higher Education Minister Blade Nzimande.

Meanwhile, the M&G was told that ANC appeals committee chairperson Cyril Ramaphosa has dismissed a request by Mantashe to have Malema’s appeals process started before the end of the year. Mantashe’s request was regarded as an attempt to prevent Malema from sharing the stage with Zuma during the January 8 statement rally in Mangaung in the Free State.

The tradition has been that all alliance structures, including the ANC Youth League, are given a few minutes to speak before the president’s keynote address.

But ANC spokesperson Keith Khoza confirmed that Zuma would be the only speaker on the day.

“We don’t plan with Malema in mind. The reason we reconfigured the programme is because the rally starts very late [at about 3pm] and Zuma has a dinner to attend with heads of state.”