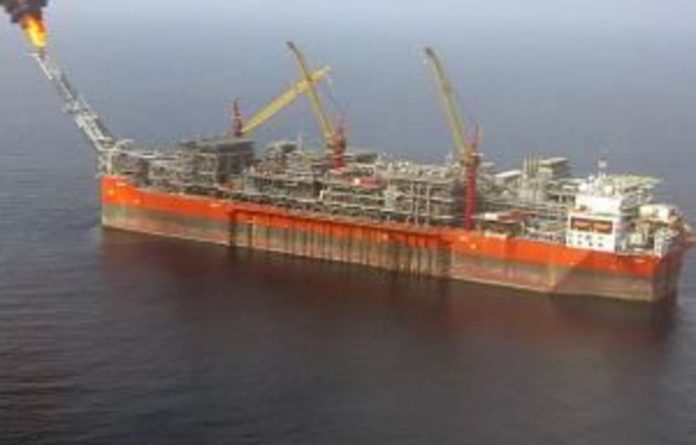 Nigerian authorities were putting emergency measures in place on Thursday to prevent an oil spill from a Royal Dutch Shell facility, the biggest leak in Nigeria for more than 13 years, washing up on its densely populated coast.

Tuesday’s spill, which Shell said happened while a tanker was loading oil, has led to the complete shutdown of the company’s 200 000 barrel per day (bpd) Bonga facility, about 120 kilometres off the coast of the West African nation.

Shell’s pipelines in Nigeria’s onshore Niger delta have spilled several times, which it usually blames on sabotage attacks and oil theft, though it did not in this case.

“It’s comparable to what happened in 1998 with the Exxon Mobil spill, in terms of the quantity that has been spilled, it’s the biggest since then,” Peter Idabor, director of Nigeria’s National Oil Spill Detection and Response Agency (NOSDRA), told Reuters by telephone from the capital Abuja.

In 1998, some 40 000 barrels leaked from a ruptured Mobil pipeline off the coast of Nigeria.

“We have in the region of 20 000 barrels that has been spilled into the environment … and is clearly moving to our coastline,” Idabor added.

He said 210 tonnes of dispersants were on the way to deal with the spill and that oil booms – containers made from sheets of plastic that trap the oil to stop it reaching the shore – had been deployed.

But he added that local fishermen living along the coast had been advised to move away.

“For the fishermen who are there, there is a lot of wave action. Of course, our advice would be for them to move away up to areas of water less affected.”

Clean up
The Anglo-Dutch oil major said “less than 40 000 barrels of oil” had leaked into the ocean in this latest spill. The flow of oil had now halted, a company spokesman said on Wednesday.

Around half of the spilled oil had now dissipated due to natural dispersion and evaporation, Shell said in a statement on Thursday.

Bonga accounts for around 10% of monthly oil flows from OPEC member Nigeria, the continent’s largest exporter of crude oil, according to Reuters data.

A Shell spokesman said on Thursday there is not yet any restart date for the field and that it will not resume production until after both an investigation and any necessary repairs have been completed.

“To accelerate the clean-up at sea, we are deploying vessels with dispersants to break up the oil sheen at sea. We are mobilising airplanes that will support the vessels in this operation,” Shell’s country chairman in Nigeria, Mutiu Sunmonu said, after apologising for the leak the previous day.

The oil major’s website has a series of photographs taken at the site, showing a rainbow-coloured oil sheen on the ocean’s surface.

Well ruptured
BP’s Macondo well ruptured in April last year, causing nearly 5-million barrels of oil to spew into the sea in what was the worst US marine oil spill.

Bonga was due to load around 161 000 bpd on five tankers in January, according to oil loading programmes and its closure has boosted prices for other Nigerian crude grades.

A UN report in August criticised Shell and the Nigerian government for contributing to 50 years of pollution in a region of the Niger Delta which it says needs the world’s largest ever oil clean-up, costing an initial $1-billion and taking up to 30 years. — Reuters