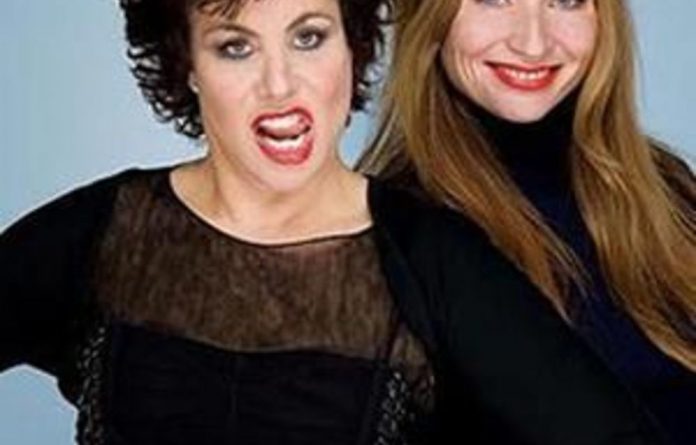 Four-and-a-half years ago Ruby Wax found herself hospitalised with what she calls “the tsunami of all depressions”. After many months of treatment — sandwiched between sitting in a chair, staring catatonically into space — she recovered sufficiently to write a show, Live from the Priory, with her friend Judith Owen, which they performed in both private and public United Kingdom health service mental-health institutions.

For a few years it was all quite low key until Wax inadvertently became the mental-illness celebrity, after allowing her face to be plastered all over the London Underground on Comic Relief posters, with a caption saying that she suffered from depression.
“I hadn’t quite anticipated the level of response,” she said.

After initially feeling rather overwhelmed, she soon came to embrace it, because for every crass comment about her “looking too well to be depressed”, there were dozens more from fellow sufferers, thanking her for coming out the closet. “There is still a huge stigma attached to mental illness in this country,” she said. “Being depressed has become the modern-day witch trials. People can’t see it and they don’t understand it: some are worried it might be catching. For those who do come clean about their illness, the consequences can be catastrophic.

While some industries are now more relaxed about it, there are still many in which your career is effectively over. “You can’t run a company once you’ve declared you’ve been diagnosed as clinically depressed. So the pressure to keep it to yourself, to try to tough it out, can be overwhelming. And, almost invariably, the longer you wait to get help, the worse the problem gets.”

Once installed as the poster girl for depression, Wax and Owen sharpened their act and took it around the country, culminating in an extended run in London’s West End. The first half of the show was pretty much what you might have expected: a funny mental illness is a much-underused comedy resource; an informative tour of depression, with a little obsessive-compulsive disorder thrown in for good measure.

The second half, a question-and-answer session with the audience, was anything but funny. “We wanted to give people a chance to share their experiences and ask questions,” said Wax, “but we imagined only one or two people at most speaking out before it petered out with everyone making for the exit. Rather than finding it hard to get people to talk, our real problem was getting them to shut up. People shared the most extraordinarily intimate details of their lives. “A man from Newcastle [northeast England] said he had been on antidepressants for 10 years and didn’t know how to tell his wife: she was sitting right next to him. A mother blamed herself for passing on the illness to her child.”

After a while the venues in which Wax and Owen appeared opened weekly forums during which the public could listen to talks by leading mental-health professionals and get information and help from the mental-health charity Sane. But Wax was never under any illusion that she was doing more than a sticking-plaster job. “One in four people suffer from mental illness at some point of their life,” she said, “so even if we filled every theatre in the country we were never going to reach everyone.”

Wax met another old friend, internet entrepreneur Nina Storm. Together they formed Black Dog Tribe, a social-networking site where people with depression can chat anonymously and get information about where to get help. Said Wax: “When I was institutionalised with depression, I wasted hours of everybody’s time in therapy sessions trying to find out whether anyone had the same symptoms as everyone else and becoming extremely anxious when they didn’t. Black Dog Tribe aims to eliminate this kind of problem, by both reassuring people that their symptoms are normal and helping them to find others who feel the same way.”

The beta version of the site went live in November — and crashed on the first day. Not from existential ennui or depression but from overuse. “It’s still very much work in progress. The aim is for everyone to be able to find a like-minded ­sufferer immediately. So there’s a place for everyone — from those who can’t get out of bed to those who are too ashamed to take medication — and you can switch tribes depending on your mood. “When the website goes live properly in the new year we want users to shape it to their own needs. If there isn’t a suitable existing tribe for you, then we want you to create your own: a sort of nonsexual dating service, if you like,” said Wax.

“Eventually we’d like the different tribes to meet up in person rather than online. If a bunch of drunks can take over the church halls and coffee bars of the world for Alcoholics Anonymous meetings, then surely the combined forces of the mentally unwell can do something similar?” —