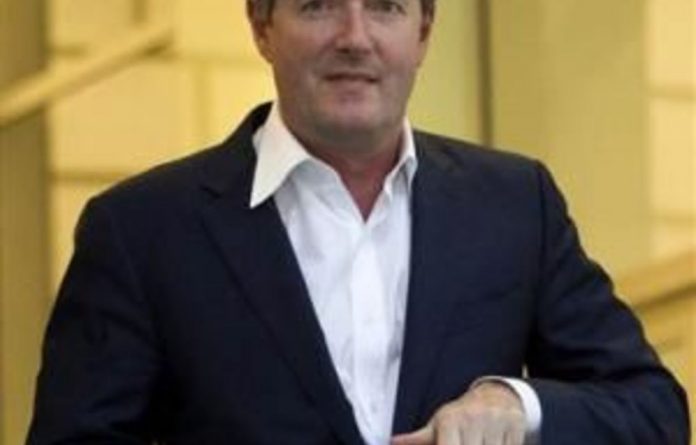 CNN’s Piers Morgan was in the position few television interviewers like to be this week: on the other side of the microphone.

He testified by video link about his past life as a London tabloid editor before a British panel looking into media ethics. It was big news back home, but his appearance made little splash in the country where he’s known as a celebrity interviewer and former host of a prime-time talent show.

Experts suggested on Thursday that this week’s testimony won’t have much effect on his standing in the United States, while cautioning things could change if future evidence emerges to tie him directly to hacking by journalists into private cellphone accounts.

“I didn’t see anything that would make them turn him or the television off,” said Frank Sesno, director of the School of Media and Public Affairs at George Washington University and a former CNN Washington bureau chief.

Morgan was behind his desk at CNN shortly after his testimony. It has been nearly a year since he replaced veteran interviewer Larry King, and his guests Tuesday included former GOP presidential candidate Tim Pawlenty and football analyst Tony Dungy. Rocker Lenny Kravitz was on Wednesday’s show.

Television news networks in Britain carried Morgan’s testimony live. Not so in the US. CNN did a handful of reports summing up the appearance, with some video footage. Market leader Fox News Channel’s Shepard Smith mentioned it during a newscast, with no video. MSNBC also did brief reports, and it was a topic on the “Morning Joe” political talk show the next day.

While Morgan didn’t win raves for his performance — The Associated Press called him “tense and sometimes hostile” — the headlines were primarily about what he didn’t say. The stories focused on Morgan’s refusal to illuminate how he heard a phone message left by Paul McCartney for then-wife Heather Mills.

Limited exposure
That failure to advance the incident, coupled with limited exposure at a time when many news consumers are preoccupied with the holidays, contributed to the sense that the event didn’t mean much for Morgan in the United States.

“I don’t think it’s going to have any effect on his career,” said Paul Levinson, professor of communications and media studies at Fordham University in New York, “but you shouldn’t make the mistake of thinking that it’s a good thing.”

CNN has largely kept quiet about this week’s events. “Piers’ testimony speaks for itself and does not impact his CNN program,” spokesperson Meghan McPartland said.

There’s a certain irony that, in the US, CNN seems more directly tied to the British phone hacking scandal than competitor Fox News Channel — even though Fox’s parent company also owned the News of the World tabloid that has been at the center of the story. That’s because Morgan is a familiar face and none of the Fox News personalities that viewers know have been tied to the scandal.

Morgan’s performance at CNN has given ammunition to both his supporters and detractors.

His average viewership of 735 000 viewers each night is up 9% over King’s audience in 2010, Nielsen said. Viewership is up by 26% in the 25-to-54-year-old demographic, which advertisers consider more valuable.

That doesn’t make it a hit, however.

“CNN hoped Morgan would be the sort of feisty and combative host who could attract a loyal following,” said Sid Bedingfield, a former CNN executive and now a journalism professor at the University of South Carolina. “It hasn’t really happened. The cable news audience doesn’t seem that interested. Barring new revelations, I doubt his testimony will change that one way or another.”

They’re tougher on Morgan in England, where the Guardian’s Richard Adams called Morgan’s testimony “bumbling” and suggested CNN’s outlook on Morgan will be less positive next month when it can no longer compare his ratings performance to King’s poor final year. Steve Hewlett, a British media analyst and consultant, said Morgan’s performance turned him “from the man who knows everything to the man who knows nothing.”

Hewlett said Morgan would not survive if investigators find evidence that he lied during testimony or to his bosses at CNN.

“He’s given everybody enough rope to hang him with,” said Hewlett, presenter for BBC Radio’s “The Media Show.”

“If anything turns up to show that what he was saying wasn’t true, then he’s toast,” Hewlett said.

George Washington’s Sesno, however, said the hacking case was still amorphous as it concerned Morgan. Viewers in the US also probably don’t hold Morgan, as a celebrity interviewer, to the same standards as they do most journalists, he said.

“He’s got half a foot in the entertainment world,” he said. “Is anybody expecting him to perform by the traditional rules? I don’t think so.” — Sapa-AP