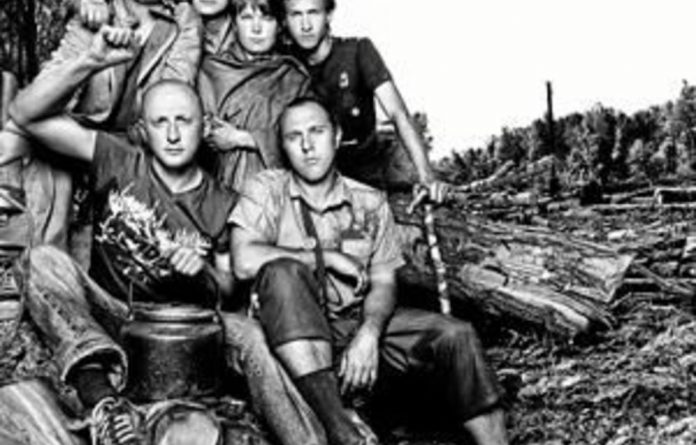 The street demonstrations sweeping Russia this month have defied the usual stereotypes about the passivity of the Russian people. Enraged by the results of a fraudulent parliamentary election, thousands of Russians have taken to the streets to register their disgust with Prime Minister Vladimir Putin’s ambitions to return in March as the country’s president. They seemed pleasantly surprised at their own numbers, and fervour.

“Thank you so much for not staying home on your couches and drinking beer!” one speaker at a Moscow protest told the crowd.

In fact, civil society in Russia has been steadily growing in recent years and it is anything but passive. Before communism collapsed 20 years ago this month, meeting in a private apartment to discuss anything faintly political could land the participants in prison or exile. Today, there are literally thousands of non-governmental organisations (NGOs) sprinkled across the vast country. They work on a wide range of issues, from environmental campaigns to social work with the disabled, from fighting corruption to defending human rights.

Acting Up: A Portrait of Russian Society

One of the biggest changes in Russia since the Soviet Union’s collapse is the emergence of an active civil society. Human Rights Watch dispatched renowned portraitist Platon to profile civil society — including environmentalists, anti-corruption activists, cyber-organisers, and journalists, who are working on a variety of issues.

The new growth spurt in Russian civil society occurred in the years after Putin handed the presidency over to Dmitri Medvedev. Now that he is preparing to return, many activists are wondering whether they’ll be able to continue their work in the same way. In 2006, Putin introduced a new NGO law designed to control independent groups, mostly by strangling them in kilometres of red tape. In the end, only a handful were forced out of business. But now, independent activism seems to represent a threat to Putin’s rule. He has returned to the familiar, and ominous, claim that his critics are funded by foreign enemies of the country.

Russian activists themselves have diverse views about co-operating with the authorities. Take Sergei Kovalev, a former political prisoner and the first human-rights commissioner of Russia after the Soviet collapse. He insists that a truly robust civil society would challenge the current Russian government as thoroughly “illegitimate”. Instead, he complains, many activists are reduced to working in the margins and acting like “sly courtiers”.

To Marina Pisklakova, there is nothing marginal about her efforts to protect Russian women from domestic violence. Having established protective homes for women fleeing abusive partners, she has just succeeded in setting up the country’s first toll-free telephone number to report such violence. She is also deeply engaged in trying to induce the Russian Parliament to make domestic violence a crime so that women don’t have to pursue cases themselves. “We are accepted by government agencies as an equal partner in responding to violence against women,” she says.

Some activists risk their lives to do their work. Investigators in Chechnya have been killed for their willingness to challenge Chechen authorities — first, journalist Anna Politkovskaya was killed outside her Moscow apartment in 2006, then human-rights activist Natasha Estemirova was abducted and murdered in Chechnya in 2009. Human-rights lawyers and whistle-blowers have been killed — one died in prison from abuse and possible criminal conduct by officials. The activists trying to prevent the destruction of the Khimki Forest outside Moscow have repeatedly been physically attacked, both by anonymous thugs and by local police. A local journalist, Mikhail Beketov, remains wheelchair-bound and unable to speak as a result of a vicious beating.

And when the threats aren’t mortal, they may be legal, designed to ruin the defendant’s reputation and finances. The head of Russia’s best-known human-rights organisation, Memorial, Oleg Orlov, is being sued by Chechen ruler Ramzan Kadyrov for criminal slander. He was acquitted earlier this year but the case has been taken on appeal. The journalist and gadfly Artem Troitsky, who has been satirising the powerful since Soviet times, is being sued by a Kremlin aide for calling him a “trained poodle”.

Civil society sometimes performs functions that the Russian government itself is sorely neglecting. Natalya Voronitsyna, a former photographer who is now bedridden with rapid-onset multiple sclerosis, organised firefighters during the terrible 2010 fires that beset western Russia. From her laptop in an apartment in a Moscow suburb, she dispatched volunteer firefighters, armed with their own supplies, to locations where local fire departments were proving ill-prepared and incompetent. “The fires showed a lot of people that the government is impotent,” says Voronitsyna.

Ironically, most Russians know little about the activities of their own civil society. Only a handful of Russian newspapers are willing to criticise the Kremlin leadership and to report the activities of human rights groups. A few Moscow radio stations will do the same. But Russian television remains under tight control. “The state-run TV channels are effectively the PR organs of the government,” says Leonid Parfenov, an independent-minded former TV personality who has been kept off TV news for the past seven years.

The good news is that Russia now has more active internet users than any other country in Europe. Among the many reasons that the ruling party won far fewer seats than expected in the parliamentary elections this month is that the Kremlin no longer monopolises the message. Some of the big independent political websites went down during the parliamentary elections, raising fears that the Kremlin may not be as tolerant of cyber free speech in future. But mounting a full-scale effort to censor the internet would be extremely expensive, as the Chinese, for example, have found. Cyber freedoms are one genie that Putin will have a hard time stuffing back into a Soviet bottle.

Russian reformers have bemoaned the passivity of their people ever since the very first notions of reforming Russia at all. “The government led the people by the hand and the people blindly followed its guide,” wrote historian Boris Chicherin in 1857. “Throughout history, the government never encountered in the people serious obstacles.”

But as street demonstrations swept the country this month, it suddenly seemed that Putin has possibly found, in his own people, a serious obstacle.