The greatest con of the decade 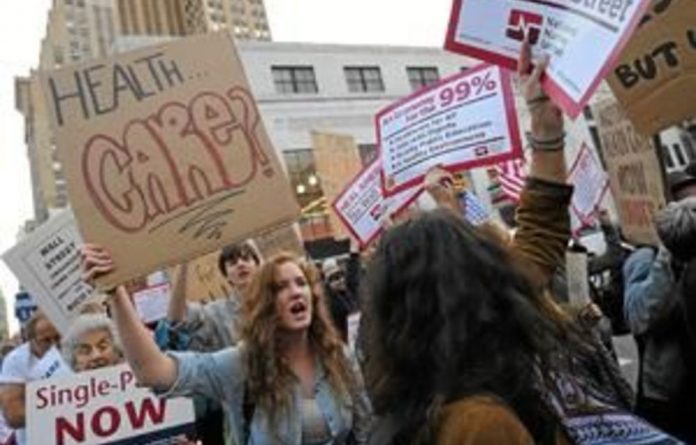 Freedom: Who could object? Yet this word is now used to justify a thousand forms of exploitation. Throughout the right-wing press and blogosphere, among think-tanks and governments, the word excuses every assault on the lives of the poor, every form of inequality and intrusion to which the 1% subject us.

How did libertarianism, once a noble impulse, become synonymous with injustice? In the name of freedom — freedom from regulation — the banks were permitted to wreck the economy. In the name of freedom, taxes for the super-rich were cut. In the name of freedom, companies lobby to drop the minimum wage and raise working hours. In the same cause, American insurers lobby Congress to thwart effective public healthcare, the United Kingdom government rips up our planning laws, and big business trashes the biosphere.

This is the freedom of the powerful to exploit the weak, the rich to exploit the poor. Right-wing libertarianism re-cognises few legitimate constraints on the power to act, regardless of the impact on the lives of others. In the UK, it is forcefully promoted by groups such as the TaxPayers’ Alliance, the Adam Smith Institute, the Institute of Economic Affairs and Policy Exchange. Their concept of freedom looks to me like nothing but a justification for greed.

So why have we been so slow to challenge this concept of liberty? I believe that one of the reasons is that the great political conflict of our age — between neocons and the millionaires and corporations they support on one side and social justice campaigners and environmentalists on the other — has been mischaracterised as a clash between negative and positive freedoms.

These freedoms were most clearly defined by Isaiah Berlin in his essay of 1958, “Two Concepts of Liberty”. It is a work of beauty: reading it is like listening to a gloriously crafted piece of music. I will try not to mangle it too badly. Put briefly and crudely, negative freedom is the freedom to be or to act without interference from other people. Positive freedom is freedom from inhibition: it is the power gained by transcending social or psychological constraints.

Berlin explained how positive freedom had been abused by tyrannies, particularly by the Soviet Union. It portrayed its brutal governance as the empowerment of the people, who could achieve a higher freedom by subordinating themselves to a collective single will.

Right-wing libertarians claim that greens and social justice campaigners are closet communists trying to resurrect Soviet conceptions of positive freedom. In reality, the battle mostly consists of a clash between negative freedoms. As Berlin noted in his essay: “No man’s activity is so completely private as never to obstruct the lives of others in any way. ‘Freedom for the pike is death for the minnows.'”

So, he argued, some people’s freedom must sometimes be curtailed “to secure the freedom of others”. In other words, your freedom to swing your fist ends where my nose begins. The negative freedom not to have our noses punched is the freedom that green and social justice campaigns, exemplified by the Occupy movement, exist to defend.

Berlin also indicated that freedom could intrude on other values, such as justice, equality or human happiness. “If the liberty of myself or my class or nation depends on the misery of a number of other human beings, the system which promotes this is unjust and immoral.”

It follows that the state should impose legal restraints on freedoms that interfere with other people’s freedoms — or on freedoms that conflict with justice and humanity. These conflicts of negative freedom were summarised in one of the greatest poems of the 19th century, which could be seen as the founding document of British environmentalism. In The Fallen Elm, John Clare described the felling of the tree he loved, presumably by his landlord, that grew beside his home.

“Self-interest saw thee stand in freedom’s ways. So thy old shadow must a tyrant be. Thou’st heard the knave, abusing those in power. Bawl freedom loud and then oppress the free.” The landlord was exercising his freedom to cut the tree down. In doing so, he was intruding on Clare’s freedom to delight in the tree, whose existence enhanced his life.

The landlord justified this destruction by characterising the tree as an impediment to freedom — his freedom, which he conflated with the general liberty of humankind. Without the involvement of the state, which today might take the form of a tree preservation order, the powerful man could trample the pleasures of the powerless man. Clare then compared the felling of the tree with further intrusions on his liberty. “Such was thy ruin, music-making elm. The right of freedom was to injure thine: As thou wert served, so would they overwhelm. In freedom’s name the little that is mine.”

But right-wing libertarians do not recognise this conflict. They speak, like Clare’s landlord, as if the same freedom affects everybody in the same way. They assert their freedom to pollute, exploit, even (among the gun nuts) to kill, as if these were fundamental human rights. They characterise any attempt to restrain them as tyranny. They refuse to see that there is a clash between the freedom of the pike and the freedom of the minnow.

Recently, on an internet radio channel called The Fifth Column, I debated climate change with Claire Fox of the Institute of Ideas, one of the right-wing libertarian groups that rose from the ashes of the Revolutionary Communist Party. Fox is a feared interrogator on the BBC show The Moral Maze. Yet when I asked her a simple question — “Do you accept that some people’s freedoms intrude upon other people’s freedoms?” — I saw an ideology shatter like a windscreen.

She tried several times to answer it, but nothing coherent emerged that would not send her crashing through the mirror of her philosophy. Modern libertarianism is the disguise adopted by those who wish to exploit without restraint. It pretends that only the state intrudes on our liberties. It ignores the role of banks, corporations and the rich in making us less free.

It denies the need for the state to curb them in order to protect the freedoms of weaker people. This bastardised, one-eyed philosophy is a con trick, whose promoters attempt to wrongfoot justice by pitching it against liberty. By this means, they have turned “freedom” into an instrument of oppression. —

The Nodal Review might transform South Africa’s biggest city. Implementing the new policy, which has the potential to open wealthy suburbs to impoverished residents, is the challenge
Read more
Analysis