Yaya a Toure de force for club and country 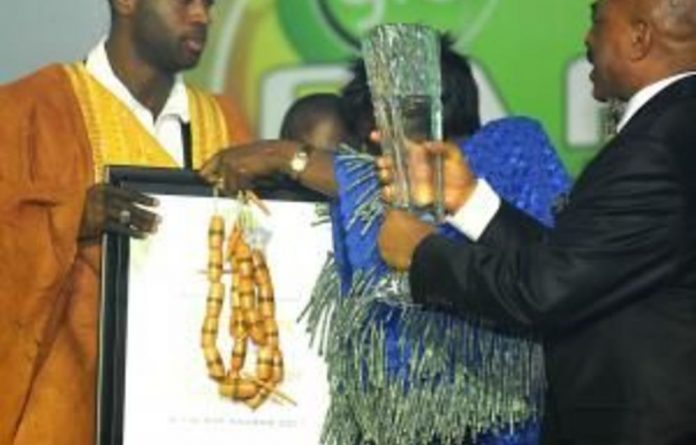 CAF Footballer of the Year Yaya Toure has come a long way since being described as “average” by Arsenal manager Arsene Wenger eight years ago.

“Yaya Toure played for us in a pre-season game as a second striker and was completely average on the day,” Wenger recounted to the London-based Daily Telegraph this week.

Just 24 hours after Yaya had a role in the three Eastlands goals, the tall, physically imposing midfielder walked to the State House banquet hall stage in Accra and accepted the honour of being voted the African footballer of the year.

Toure kept his acceptance speech short and sweet, thanking older brother and team-mate Kolo, his family and the Manchester City squad for the roles they played in his success.

On an evening when midfielders ruled, Andre Ayew of Ghana and Marseille and Seydou Keita of Mali and Barcelona were the other finalists after a 10-man list had been reduced to five, then three on the eve of the awards ceremony.

Ayew, a son of three-time African Footballer of the Year Abedi ‘Pele’ Ayew, would have been a popular victor in the country where he grew up, but no one doubted that Toure was a worthy successor to Cameroon striker Samuel Eto’o.

Driving force
Apart from his role as a midfield driving force in the rise of City from Premier League makeweights to FA Cup winners and title contenders, Toure has become an increasingly important figure for Côte d’Ivoire.

The west African ‘Elephants’ were the only country to complete the 2012 Africa Cup of Nations qualifiers with a perfect record having defeated Rwanda, Burundi and Benin at home and away.

Grouped with Angola, Burkina Faso and Sudan in the first round of the finals in Equatorial Guinea and Gabon from January 21, the Ivorians are among the title favourites for the third consecutive tournament.

It is not a tag Toure and his team-mates enjoy wearing as they have come badly unstuck in the last two African showpieces, crashing 4-1 to Egypt in the 2008 semi-finals and 3-2 to Algeria in the quarter-finals last year.

Many Côte d’Ivoire stars have expressed a now-or-never feeling about 2012 and the absence of record seven-time champions Egypt, Algeria, Cameroon, Nigeria and South Africa can only boost the challenge for a second title.

Toure stresses the importance of football in a country that went to war with itself last year after the incumbent president refused to accept defeat at the polls.

“Our country needs people like me and (Chelsea striker) Didier Drogba at the moment and it is important we do what we can for our people,” stressed the 28-year-old native of northern city Bouake.

“City will cope,” he said while admitting to feeling “guilty and confused” about abandoning his club as they chase glory on four fronts — Premier League, FA Cup, League Cup and Europa League.

“We have fantastic players who can take my place. I will not be away for a long time and I want to come back and help the club win the league,” he told the English media.

Supporters of the ‘Elephants’ hope he will be away at least until February 13 — the day after the Cup of Nations final in Libreville with many pundits predicting a west African showdown between Côte d’Ivoire and Ghana. — Sapa-AFP