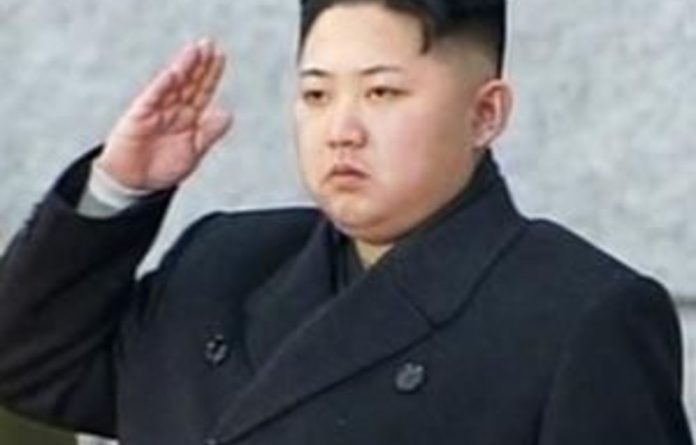 A day after mourners packed the streets of Pyongyang to bid farewell to the former North Korean leader Kim Jong-il, the country completed the transfer of power to his youngest son, Kim Jong-un.

Watched by hundreds of thousands of troops and civilians packed into Kim Il-sung Square — named after the regime’s first leader, who died in 1994 — Jong-un watched from a balcony overlooking the plaza as he was declared “supreme leader” of the ruling Workers’ Party, military and people.

The North Korean media had been referring to Jong-un as the supreme commander in the days before his father’s funeral, but this was the first time his leadership had been publicly endorsed.

If the snow that carpeted the North Korean capital on Wednesday was supposed to symbolise the grieving of a nation of 23 million, Thursday’s brighter weather marked a new era for the world’s only communist dynasty.

The memorial service was the second day of funeral proceedings for Kim Jong-il, who died of a heart attack on December 17.

Almost two weeks of national mourning came to an end when the crowd marked a three-minute silence and trains and ships across the country sounded their horns in unison.

In contrast to the TV images of undiluted grief that greeted Kim Jong-il’s hearse as it was driven through the streets of a bitterly cold Pyongyang, the memorial service sought to cement his son’s position as his chosen successor.

Kim Yong-nam, the country’s ceremonial head of state, said: “The great heart of comrade Kim Jong-il has stopped beating … such an early and unexpected departure is the biggest and most unimaginable loss to our party and the revolution.”

But North Korea, he said, would “transform the sorrow into strength and courage one thousand times greater under the leadership of comrade Kim Jong-un”, adding that the younger Kim had inherited his father’s “ideology, character and revolutionary” spirit.

“The fact that he completely resolved the succession matter is great comrade Kim Jong-il’s most noble achievement,” he said.

Kim Jong-un, flanked by senior party and military officials on the balcony of the grand people’s study house, bowed his head during the service.

To his left stood his uncle, Jang Song-thaek, who along with his wife, Kim Jong-il’s younger sister, is expected to act as a close adviser to the new leader.

The accession won’t become become formal until senior members of the party, parliament and government meet to confirm Jong-un’s position. —