Menzi Simelane isn’t done with the NPA just yet 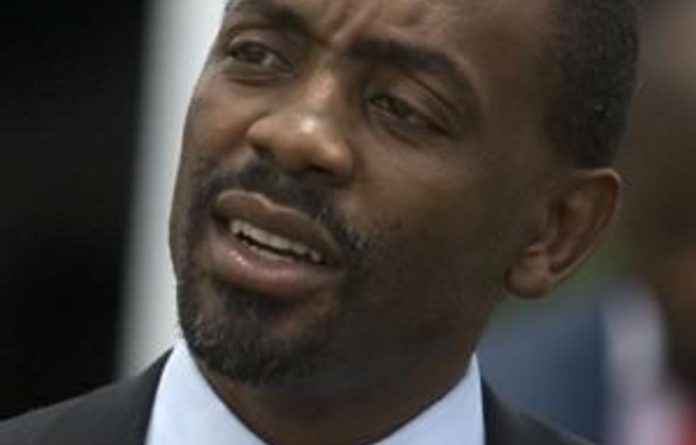 Even though National Prosecuting Authority (NPA) head Menzi Simelane has been put on special leave and temporarily replaced by his deputy Nomgcobo Jiba, it may not be the end for the under-fire legal eagle.

On December 23, President Jacob Zuma withdrew papers in the Constitutional Court challenging the Supreme Court of Appeal’s ruling that Simelane’s 2008 appointment was “invalid”.

But in a statement clarifying Zuma’s decision to place Simelane on leave, it was revealed that Justice Minister Jeff Radebe would “pursue the matter” in the hopes of “seeking clarity”.

“There are questions that require clarification by the Constitutional Court. It is not automatic that once the matter goes to that court it will endorse things the way we see it — it may change certain positions,” presidential spokesperson Mac Maharaj told the Mail & Guardian when quizzed about Zuma’s next move.

In other words, even though Zuma dropped his court challenge, the SCA’s ruling could still be overturned.

As such, Simelane remains in his post until the Constitutional Court passes judgment on the the SCA’s December 1 ruling.

“The [National Prosecuting Authority Act] does not provide for such things, unless Mr Simelane personally requested it. By placing him on leave it is interfering with the process going forward,” de Vos said.

Whether or not Simelane is allowed to continue in his post, De Vos said Zuma would have to remain mindful of the SCA ruling.

“The president must at the very least apply his mind to the questions raised in the SCA ruling. There should be a credible process to address any concerns about the appointee being fit and proper,” he said.

The Democratic Alliance, which initiated the legal challenge against Simelane’s appointment as NPA head, called on Zuma to ensure any replacement for Simelane was well-suited to the role.

“We need to find someone who enjoys the confidence of not only their colleagues and those who appointed them, but also the people of South Africa as a whole,” DA national spokesperson Mmusi Maimane told the M&G.

The DA also criticised Zuma’s temporary appointment of Jiba as “a safe choice”, saying the head of the Asset Forfeiture Unit, Willie Hofmeyr, ought to have taken up the post for the time being.

It’s been a rocky couple of months for Zuma in a legal sense. Simelane being replaced by Jiba is the latest in a string of judicial moves exposing questionable judgement on the president’s part.

Jiba has a cloud hanging over her head after serving as Advocate Willem Heath’s replacement at the Special Investigating Unit (SIU) for less than a week before herself being replaced by Advocate Nomvula Mokhatla.

Heath resigned from the post following the publication of a City Press interview in which he alleged that former ANC and South Africa president Thabo Mbeki had initiated rape and corruption charges against Zuma and blocked investigations into corrupt practices.

Jiba, meanwhile, was suspended from the NPA in 2008 after being accused of conspiring to get former Gauteng Scorpions boss Gerrie Nel.

This was allegedly in an attempt to halt corruption charges being laid against disgraced former police commissioner Jackie Selebi – who began a 15-year-jail sentence this month after eventually being convicted on similar charges.

The SIU and Simelane debacles followed an outcry over Zuma’s appointment of Mogoeng Mogoeng as chief justice of the Constitutional Court in September, following the president’s “unconstitutional” attempt to lengthen the term of then chief justice Sandile Ngcobo.

All of these decisions have come in a space of less than five months with opposition parties and analysts alike condemning Zuma for his apparent “blundering”, and questioning the quality of the president’s legal advice.

But, even though the presidency is hoping for “smoother processes” in 2012, Maharaj believes Zuma’s legal woes are not necessarily of his own making.

The spate of arrests for corruption continues apace in Gauteng and the Eastern Cape.
Read more
Education

The chickens have finally come home to roost: if we do not end the looting, it will end us
Read more
National