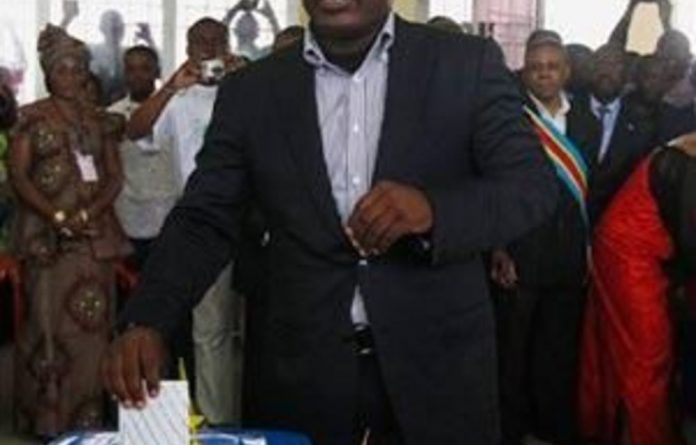 The dispute over the Democratic Republic of the Congo’s presidential election seems to have fizzled out with minimal damage, but the country may have jumped out of the frying pan into the fire of a fresh crisis over legislative polls.

The widespread violence many feared when incumbent Joseph Kabila was declared the winner earlier this month of a fraud-tainted November 28 presidential vote never happened.

Incidents did occur but threats of mass protests by supporters of frustrated challenger Etienne Tshisekedi were contained and a wider flare-up averted.

However another election, for the fractious country’s Parliament, was held the same day and the results have yet to be released.

The CENI polling body last week announced it was suspending the publication of provisional results trickling in from across the vast nation to await the arrival of US and British experts meant to guarantee the tally’s transparency.

It then lifted the suspension on Wednesday, and said the vote count would resume without the foreign experts, sending a dubious message.

The sequence has added to the confusion among a population still baffled by the swearing-in ceremony Tshisekedi, who proclaimed himself the people’s president after the vote, organised in his private home’s backyard last week.

The fiery 79-year-old opposition leader had been prevented from staging a rival inauguration in Kinshasa’s main stadium by police stopping his supporters in their tracks with tear gas.

“The authorities have contained the crisis born of the presidential election with discreet but effective repression,” said an expert with the International Crisis Group, a Brussels-based think tank.

“The opposition didn’t take its chance when it failed to produce hard evidence that massive fraud did indeed take place.”

Mugabe cuts a lonely figure
The international community expressed its displeasure over the conduct of the election and tallying by largely snubbing Kabila’s inauguration, attended by only one other head of state: Zimbabwe’s Robert Mugabe.

Kinshasa’s Western partners accepted the result, nonetheless, but while Kabila looked like burying any challenge to his legitimacy, the election crisis has lingered on through the equally contested legislative poll.

“It’s exactly the same robbery as for the presidential vote,” Tshisekedi’s top aide Albert Moleka said. “The electoral process no longer has any credibility, nor does the CENI.”

Results from only around 40 counting centres out of the country’s 1 469 have been compiled, but the polling body is already being flooded with challenges from opposition candidates.

Faced with the European Union’s threat to turn off the aid tap if efforts were not made to improve the standard of the counting process, Kabila’s regime invited foreign experts to provide “technical assistance”.

“It’s a little strange to invite experts only for the legislative polls. Both elections took place the same day in the same polling stations. They cannot be treated separately,” Moleka argued.

Experts conspicuously absent
But the British and US experts have yet to arrive, their mandate remains unclear and the legal deadline of January 13 to announce the results is closing in fast, with a lot of work still to be done to split the assembly’s 500 seats between 19 000 candidates.

“If the experts really get involved and there are enough of them, we may be able to save the parliamentary election’s results,” said Thomas Luhaka, a lawmaker from the Movement for the Liberation of the Congo, the main opposition party in Parliament.

“There could be a reshuffle of the political landscape,” he predicted. “One scenario is that some parties in the ruling coalition could join us and form a new majority.” — Sapa-AFP