NZ enjoy the limelight after 24 years of struggle 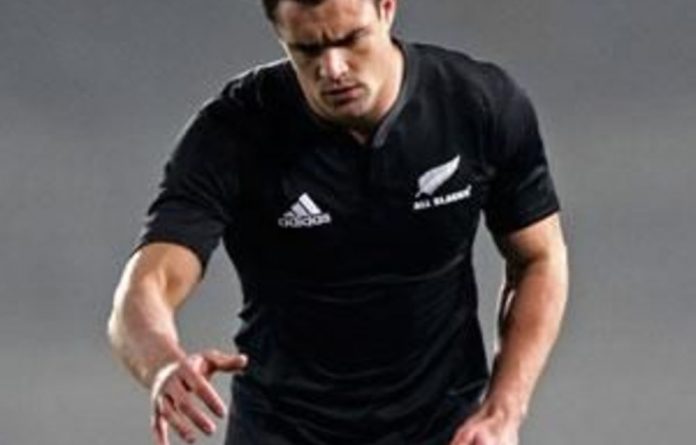 After 24 years of stumbles, disappointments and plain old chokes, New Zealand finally lived up to its billing as world rugby’s premier side in 2011.

The All Blacks stood up to the pressure of playing on home soil to win the Rugby World Cup for the first time since 1987.

With star flyhalf Dan Carter injured, they didn’t do it in the style that neutrals would have hoped for but few in the rugby-mad country cared. All that counted was seeing captain Richie McCaw get his hands on the Webb Ellis trophy.

While New Zealand’s 8-7 final win over France cemented its place at the top of rugby’s world order, the rest of the tournament suggested that the game’s minnows had narrowed the gap on the established powers.

Romania, Georgia and Tonga all competed more strongly than expected in a tournament that had become renowned for exposing the shortcomings of less experienced teams.

Tonga gave the All Blacks a hard time in the opening match and beat France in pool play. When Georgia played Romania in Palmerston North, city officials changed the names of the town’s main streets to honour the teams.

The French bickered and fought their way to within a single score of what would have been the country’s first World Cup win, while Australia impressed fitfully before losing to fierce rival New Zealand in the semi-finals.

Ill-discipline
Australia did win the final edition of the Tri-Nations before Argentina is admitted next year and looks set for a bright future with the likes of James O’Connor, Digby Ioane and Quade Cooper.

Where England goes from here is less certain after a World Cup campaign characterised by turgid performances and off-field ill-discipline. Mike Tindall’s drunken night out in Queenstown attracted more headlines than his on-field displays and team manager Martin Johnson quit amid the very public recriminations that followed a quarterfinal loss to France.

But the tournament — and the year — was dominated by New Zealand.

The All Blacks never looked like losing, rolling to comfortable wins over France, Argentina and Australia before a rematch with the French in front of a partisan crowd at Auckland’s Eden Park.

Carter was missing with a groin injury and the team was down to its fourth-choice flyhalf but captain McCaw led his team coolly through a tense second half with only a single point separating the teams.

Previously discarded standoff Stephen Donald kicked what turned out to be the winning points.

“When the final whistle went, I wanted to be happy but I don’t know if I was,” McCaw said. “I was relieved more than anything else because I knew the amount of energy and time that had gone into it all.”

Surgery
With an implanted screw grating on bone, McCaw was unable to train through the later rounds of the tournament and was barely able to pull a boot onto his swollen foot ahead of the 20-6 semi-final win over Australia.

But he pulled through — delaying surgery until after the competition was over — and was named the International Rugby Board’s player of the year.

Greater honours were on offer to the flanker but McCaw politely declined the knighthood his country offered him.

New Zealanders in large cities and small towns embraced the tournament with teams and visiting fans welcomed with warmth and enthusiasm.

The tournament saw the rise of a talented young Wales team. The Welsh lost their first and last matches by just a single point — first to defending champions South Africa and then to France in a semi-final in which 22-year-old captain Sam Warburton was harshly sent off early.

Australia came into the tournament confident after winning the Tri-Nations but lost to Ireland in a staggering upset in pool play which split the draw along geographical lines.

Johnson wasn’t the only coach to suffer for his team’s Cup performance. Fiji was the first to sack its coach, removing Sam Domoni within days of its elimination. Springboks coach Peter de Villiers followed, with captain Victor Matfield also quitting.

Injury-ravaged career
Graham Henry, who coached the All Blacks for eight years, was allowed a more dignified exit and by December had been replaced by his assistant Steve Hansen. France’s Mark Lievremont, barely speaking to his players in a campaign riven by dissent, did not seek reappointment.

England’s Jonny Wilkinson quietly shut the door on an injury-ravaged international career that included the winning drop goal of the 2003 World Cup final and made him the sport’s leading scorer until Carter overtook him.

But Toby Flood had largely assumed the England flyhalf role by then, leading his team to the Six Nations championship along with try-scoring winger Chris Ashton.

Australia’s win in the shortened Tri-Nations followed on from the success of the Queensland Reds who won the first Super tournament to feature 15 teams.

But New Zealand’s domination was not to be denied.

The country won four of eight tournaments on the 2010-2011 IRB Sevens World Series to claim the championship for the ninth time. — Sapa-AP