Titanic’s history goes up for auction 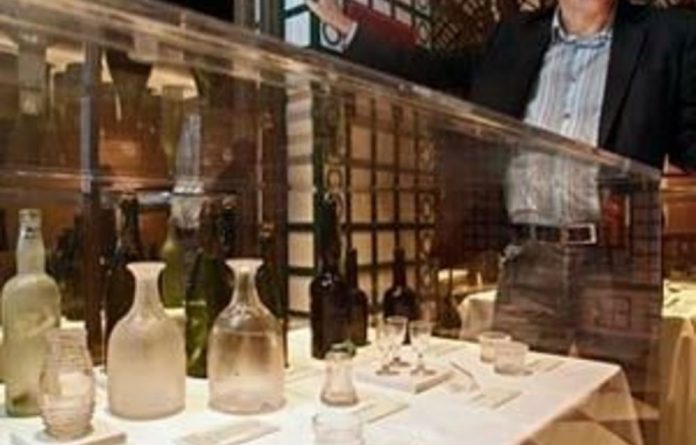 The owner of the largest trove of artefacts salvaged from the Titanic is putting the vast collection up for auction as a single lot in 2012, the 100th anniversary of the world’s most famous shipwreck.

More than 5 500 items including fine china, ship fittings and portions of hull that were recovered from the ocean liner have an estimated value of $189-million, according to Premier Exhibitions Inc, parent of RMS Titanic Inc — the Titanic’s court-approved salver. That value was based on a 2007 appraisal and does not include intellectual property gathered from a 2010 scientific expedition that mapped the wreck site.

The auction is scheduled for April 1 by Guernsey’s, a New York City auction house, according to filings by Premier Exhibitions Inc with the Securities and Exchange Commission. Results of the auction won’t be announced until April 15, the date a century ago the Titanic sank on its maiden voyage after striking an iceberg.

The auction is subject to approval by a federal judge in Virginia whose jurisdiction for years has given oversight to legal issues governing the salvage of the Titanic. The Titanic treasures were amassed during seven perilous trips to the wreck, which rests about two and a half miles below the ocean surface in the North Atlantic.

A spokesperson for the auction house and Premier Exhibitions on Wednesday declined to discuss the auction until a formal announcement in January.

The Titanic’s sinking claimed the lives of more than 1 500 of the 2 228 passengers and crew. An international team led by oceanographer Robert Ballard located the wreckage in 1985, about 645km off Newfoundland, Canada.

Full compensation
US District Judge Rebecca Beach Smith, who has overseen the case from her Norfolk courtroom, has ruled that RMS Titanic has title to the artefacts and was entitled to full compensation for them. She has not determined how RMS Titanic will be compensated.

Smith, a maritime jurist who has called the Titanic an “international treasure”, has approved covenants and conditions that the company previously worked out with the federal government, including a prohibition against selling the collection piecemeal.

The conditions, which accompanied a 2010 ruling, also require RMS to make the artefacts available “to present and future generations for public display and exhibition, historical review, scientific and scholarly research and educational purposes”.

Atlanta-based Premier Exhibitions has been displaying the Titanic artefacts in exhibitions around the world. The items include personal belongings of passengers, such as perfume from a manufacturer who was traveling to New York to sell his samples.

In its SEC filing, Premier acknowledged any future owner of the Titanic treasures must abide by the covenants and conditions.

In accordance with court’s conditions, “The Property will be sold as a complete collection and offered for sale as one lot,” Guernsey’s wrote in the SEC filing, which outlines the terms of the auction. The auction house’s commission is 8% of a successful bid.

Mapping survey
In 2010, RMS Titanic collaborated with some of the world’s leading experts in the most technologically advanced expedition to the Titanic, undertaking the first comprehensive mapping survey of the vessel with 3D imagery from bow to stern.

Some of the never-before-seen images were shown in Smith’s courtroom. The most striking images involved the 3D tour of the Titanic’s stern, which lies 2 000 feet from the bow.

A camera in a remote-controlled submersible vehicle skimmed over the stern, seemingly transporting viewers through scenes of jagged rusticles sprouting from the deck, a length of chain, the captain’s bathtub, and wooden elements that scientists had previously believed had disappeared in the harsh, deep ocean environment.

The cameras did not probe the interior of the wreck. But the expedition fully mapped the 3X5-mile wreck site, documenting the entire debris field for the first time.

The new images will ultimately be assembled for public viewing, scientists said, and to help oceanographers and archaeologists explain the ship’s violent descent to the ocean bottom. It is also intended to provide answers on the state of the wreck which scientists say is showing increasing signs of deterioration.

Titanic director James Cameron also has led teams to the wreck to record the bow and the stern.

The Titanic exhibit is among several operated by Premier Exhibitions, which bills itself as “a major provider of museum-quality touring exhibitions”. Its offerings have included sports memorabilia, a traveling Star Trek homage and “Bodies,” an anatomy exhibit featuring preserved human cadavers. — Sapa-AP

The heart of Maboneng beats on

​Love drives up prices at Africa’s only flower auction