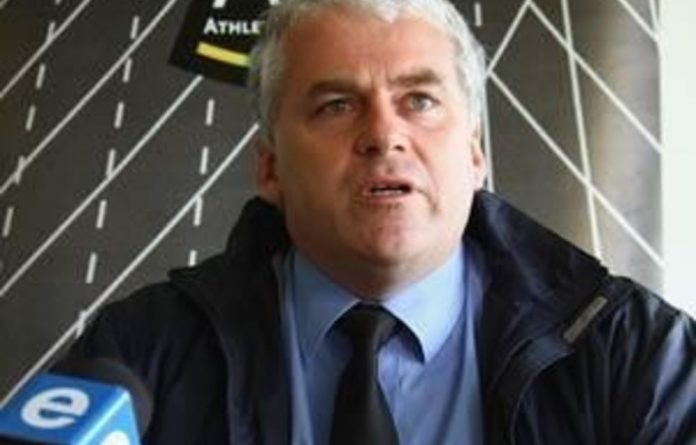 The South African Broadcasting Corporation (SABC) will lose the rights to domestic athletics events if it does not pay outstanding fees to Athletics South Africa (ASA) by midnight on New Year’s eve, according to ASA president James Evans.

“The SABC has not paid us outstanding fees for broadcast rights and we have been waiting for the money since October,” Evans said on Friday.

“Our financial director has been in regular contact with them and when I phoned the SABC last week they said they could not pay us because senior management had taken leave.”

Evans, a practicing advocate, could not give an exact figure but said the SABC owed ASA hundreds of thousands of rands.

“We sent them a notice of breach of contract and we stated that the money needed to be paid by December 31,” he said.

If the SABC did not pay up by Saturday, Evans said ASA would consider other options and begin new negotiations, perhaps with a pay TV broadcaster.

“There are pros and cons to pay channels,” Evans said.

Exploring new platforms
“On one hand, the viewership is limited because not everybody can afford it. On the other hand, they have the platform to ensure the sport gets significant coverage.

“When we negotiated previously there were not as many options as we have now — with SABC, SuperSport and eTv — and we will utilise those options.”

Evans said the SABC had agreed to pay up by mid-January but he said the federation, still finding its feet after a controversial two-year period, needed the money and could not wait that long.

“If they do not pay us, the rights revert back to ASA,” Evans said.

“We will then need to decide if we want to negotiate with broadcasters for exclusive rights or sell the rights on an ad hoc basis.

“We will do whatever is best for the sport.”

The current five-year deal between ASA and the SABC, which holds the exclusive rights to ASA-sanctioned events, ends in March. — Sapa