ANC celebrates its centenary trading on past glories 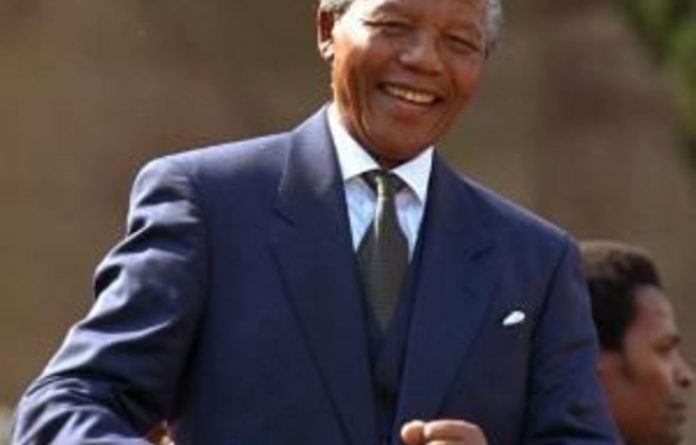 The South African president, Jacob Zuma, will be joined by foreign heads of state where it all began: a Wesleyan church in Waaihoek, Bloemfontein. At the stroke of midnight, he will step forward to light the "centenary flame" symbolising the resistance that gave hope to all of Africa.

The African National Congress, the oldest liberation movement on the continent, turns 100 years old on January 8. A year of celebrations costing at least R100m will kick off with a "centenary golf day", a dinner, a church service, a centennial address by Zuma, a performance of the ANC's history in song and dance and a shindig for 100 000 people.

Under the black, green and gold banner reading "100 years of selfless struggle", there will be much lionising of heroes such as Nelson Mandela, Oliver Tambo and Walter Sisulu. But in some quarters there will also be nostalgia for old certainties, a suspicion that today's leaders do not measure up to the titans of old, and a fear that the party enters its second century tarnished and poised to tear itself apart.

"One hundred years should be the ANC's biggest celebration, to have survived this long and be in government, but it's now a party in crisis," said William Gumede, author of Thabo Mbeki and the Battle for the Soul of the ANC. "It's a bittersweet victory. This may be the pinnacle but now it's all downhill."

Symbolically perhaps, the ANC has been forced to covertly buy its own birthplace at a hugely inflated price so it can take centre stage in the commemorations. In July, it
spent R10-million of public funds to regain the Wesleyan church in Waaihoek from a man who acquired it for just R280 000 eight years ago. There is now a race to complete costly renovations before the centenary flame is lit.

The church stands in what used to be a black township in Bloemfontein in Free State province. It was here in 1912, before the death of Scott of the Antarctic and the sinking of the Titanic, that a gathering of businessmen, clergymen, journalists, lawyers and teachers held a political meeting that laid the foundations of the South African Native National Congress, renamed the ANC in 1923.

Unlikely DNA
The party's cause came from unlikely DNA in the shape of Britain, and Mahatma Gandhi. The latter arrived in South Africa in 1893 and blazed a trail with resistance campaigns against colonial rule. "This was the progenitor in a sense of the ANC," said Allister Sparks, a veteran journalist and political analyst.

Britain had angered the black activists and intellectuals by handing power to Afrikaners (descended from Dutch and German settlers) when the Union of South Africa was formed in 1910. "It was the betrayal of black people," Sparks added. "This is the only instance when Britain granted independence to a minority group, because it was stricken with guilt about the Boer war.

"If one is looking for an original sin in the South African story, it was that. The granting of independence to the white minority created a problem that led to apartheid."

The 1913 Natives Land Act carved up territory along racial lines, in effect giving 90% of land to white people. The ANC's first political action was to petition Britain to intervene but in vain. In 1914, Afrikaner nationalists founded the National Party, also in Bloemfontein. It introduced racial apartheid (meaning "apartness" in Afrikaans) in 1948.

The ANC was banned in 1960 and began an armed struggle, carrying out 200 acts of sabotage in 18 months. The apartheid regime hit back, arresting and jailing key figures including Mandela, who would spend 27 years behind bars. Other leaders, notably Tambo, went into exile and campaigned tirelessly for international support.

The corrosive effect of sanctions, and township unrest were among pressures that brought the edifice crashing down. In 1990, the ANC was unbanned and Mandela released. The first democratic polls followed in 1994, with Mandela becoming the country's first black president. Paradoxically, Africa's first liberation movement was the last to take power.

Trading on past glories
But critics believe it is trading on past glories because the present is increasingly unbearable. Like its counterparts elsewhere in Africa, it has found it could liberate in poetry but must govern in prose, with the glue that held it together fast disappearing.

Moeletsi Mbeki, a political economist whose brother Thabo succeeded Mandela as president from 1999 to 2008, said: "A liberation movement has one project, which was to get rid of apartheid. Everybody could agree on that. A government has a multiplicity of choices. Once you have to make choices, the different schools of thought say not this choice but that one. The ANC is in a very rickety state right now."

Crime and HIV rates soared but, once in office, some veterans seemed determined to line their pockets and demonstrate the timeless truth that power corrupts. The biggest stain was a 1990s international arms deal costing an estimated R70-billion of taxpayers' money. A decade later, with much of the military equipment redundant, official inquiries continue into allegations that bribes worth more than R2-billion were paid to individuals and the ANC itself.

Andrew Feinstein, an ANC MP, resigned after the party asked him to collude in a coverup of the scandal. He emigrated to London soon after and has written a book, The Shadow World, exploring the global arms trade. "In order to hide the corruption, the ANC were prepared to undermine the very institutions of democracy that they had so courageously fought to establish," he said.

'Profound lack of transparency'
"There's a strong sense that Parliament has never recovered, that this was the moment at which Parliament became nothing more than a rubber stamp for the ruling party. This really was the moment at which the ANC was prepared to say, 'Yes, we are prepared to sacrifice these institutions to protect ourselves, to protect the party.' It reflects a profound lack of transparency and accountability in the way the ANC operates — the corrupt core of the party. In that sense it had a devastating impact on our democracy."

For Feinstein, who had been a member of the party for much of his adult life, it was a betrayal of the basic principle. "It was an organisation that I revered and I was incredibly disappointed at how quickly South Africa had gone from this notion of the politics of the impossible, exceptional because of the personalities involved, to adopting the global norms of politics.

"I was devastated personally and in a sense of an organisation's ideals thwarted. It was a wrenching thing for me. Today it feels as though the organisation no longer has any moral fibre, and personally I find that very sad."

Along with charges of cronyism and patronage, the ANC is fractured by internecine warfare. The party's broad church of members, a strength during the struggle years, has become unwieldy, a weakness in trying to run one of the world's most unequal societies. There are battles between left and right, between African nationalists and pro-western liberals, between big egos vying for power and the riches it brings. One of Mbeki's favourite literary quotations is recycled endlessly in the South African press: "The centre cannot hold."

Poison in the bloodstream was evident when the autocratic Mbeki was ousted after an unseemly power struggle. Now Zuma, seeking re-election at the end of the centenary year, is facing an insurgency from youth leader Julius Malema. But party stalwarts play down talk of imminent implosion, noting the ANC has weathered previous internal storms.

Pallo Jordan, a former government minister and ANC member for nearly half a century, said: "One has heard it all before and one by one the prophets of doom have always been proved wrong. There is misunderstanding of the character of the movement, especially by the commentators you get in the daily press. Many of them have never been in political movements, political parties, so when they hear a heated argument, they assume, 'This is it, he'll never survive this one.' Well, the argument ends and people carry on."

Jordan added: "In a living, radical movement, as opposed to one that's conservative, there are always those tensions and there's always argument and ferment. The ANC in that respect was no different. In Britain, until Tony Blair, the relationship between the trade unions and the Labour party was one of cordiality and quarrelling. The ANC will celebrate its centenary in very good health."

Erosion of support
Recent election results, however, suggest a gradual erosion of the support that the ANC once took for granted. The patience of voters who still lack electricity, water and other basic services is wearing thin. A growing educated middle class is losing touch with apartheid history and seeking alternatives. Some commentators predict that the party could lose its parliamentary majority within a decade.

And with the trauma of public rejection would come the greatest test of all: to avoid the example of revolutionaries such as Zimbabwe's president, Robert Mugabe, with their assumed divine right to rule.

Asked how the ANC would handle election defeat, Jordan replied: "As far as I can judge, that's so far in the future I hate to speculate because I don't know who would be the leadership of the ANC at that time. But the ANC today would hand over power gracefully and let whoever was coming into office come into office."

The party born in a township church in 1912 is at a crossroads, looking back on a proud heritage beyond praise, but contemplating an uncertain and perilous future. One man who will never criticise its actions is the retired Mandela who, just seven years younger than the ANC, remains an unswervingly loyal party man — leaving it to others to speculate whether it has failed his legacy.

"I would love to know his thoughts about that," said Amina Cachalia (81) a struggle veteran and friend of Mandela for more than 60 years. "I'm sure he would rejoice, like I would rejoice, in a hundred years of the ANC. But I often wonder how he would relate to it today and to what is happening in the ANC.

"Not that there's a great deal that he would probably find wrong, but he was a man who always felt there should be no fighting between people wanting to be in power, and that in those years everybody was so dedicated, nobody got paid for their dedication or commitment to the struggle. I think Nelson would feel that people should be like that continuously: dedicate yourself to the people of South Africa without having a little agenda." – guardian.co.uk