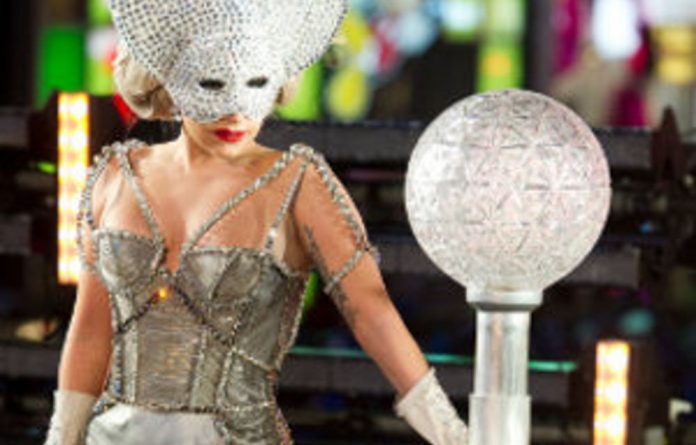 The world rang in the New Year on Sunday with a string of spectacular firework displays watched by millions, a moment to overlook what the global economic crisis might have in store in 2012.

Turning the page on 2011, a year which saw nations battered by the financial downturn, uprisings across the Arab world, devastation in Japan and the end of terror chief Osama bin Laden, revellers looked to the skies as they welcomed in the New Year.

Sydney and Hong Kong set the standard with glittering extravaganzas. The mood was more sombre in Tokyo but Dubai led the way in the Middle East and Europe spared no expense on the pyrotechnics.

London hosts the 2012 Olympics and its firework display kicked off with a recording of the moment the capital learned it would host the Games.

An estimated 250 000 people lining the banks of the River Thames then saw the London Eye observation wheel explode into an 11-minute extravaganza, with firework rings in the Olympic colours launched into the sky.

Fireworks shot out of Parliament’s famous clock tower with each chime of the Big Ben bell.

But in other European cities the eurozone crisis loomed large despite the pyrotechnics.

In a New Year’s address, Italian President Giorgio Napolitano delivered a stark message calling on the nation to make sacrifices to “prevent the financial collapse of Italy”.

In Madrid, many wanted to ignore their country’s financial woes for the night, gathering in the Puerta del Sol — the square that became a focal point for the “indignant” protest movement.

“Today is a day to forget the crisis,” said Luis Zorrilla, a 46-year-old teacher as he celebrated, adding that in the New Year state employees like him and his wife would have to “cope with a difficult situation”.

In Berlin another spectacular display lit up the night sky with partying at the Brandenburg Gate while in Paris, about 360 000 people flocked to the Champs-Elysees.

In the heart of Vienna the New Year was rung in by the great bell of Saint Stephen’s Cathedral, followed by the strains of the Blue Danube Waltz.

In Amsterdam, revellers watched the first “kiss” between two giant inflatable puppets representing a Dutch boy and girl, which “walked” towards each other as the seconds ticked down to 2012.

Across the Atlantic in Rio de Janeiro, two million white-clad party-goers — Brazilians and foreign tourists — were expected to ring in the New Year on Copacabana beach, watching a spectacular “green” fireworks extravaganza.

And more than a million revellers were expected to flock to New York’s Times Square where pop diva Lady Gaga and tenor Placido Domingo are among the star-studded lineup, and the traditional crystal ball drops at the stroke of midnight.

While remote Pacific islands were the first to welcome in the New Year — including Samoa for the first time, having wiped Friday off the calendar by jumping west across the international dateline — Sydney really got the party started.

Its harbour exploded in a blaze of colour and light that drew more than 1.5-million people to crowded foreshores and city landmarks.

Shapes of clouds and hearts floated above Australia’s biggest city, while glittering lights cascaded off the Sydney Harbour Bridge and fireworks launched from barges and rooftops exploded overhead.

Two hours later there were celebrations in Tokyo as balloons and fireworks filled the sky, with the Tokyo Tower turning blue.

Japan is still suffering the effects of the March 11 earthquake and tsunami that triggered a massive radiation leak from a nuclear power plant.

Evacuees said they had little to celebrate after being relocated far from home and loved ones.

“I can’t say happy New Year as I don’t feel happiness,” said Yuji Takahashi, one of about 1 000 refugees living in a 36-storey Tokyo tower block.

It was then Hong Kong’s turn, with the city’s harbour lit up by a barrage of fireworks fired from several of its iconic buildings, delighting partygoers crammed on to the waterfront and in pleasure boats.

Thousands gathered in the capital’s Red Square for another massive firework display that sent rockets 140m into the midnight sky.

But the sale of all alcohol was banned in a bid to prevent the streets getting out of hand.

And the mood was less festive in Russia’s second city of Saint Petersburg.

“I expect that things will be worse next year, especially from the economic point of view. I fear that the next year is going to be very hard,” said last-minute gift-shopper Galina Fedorchenko (59).

As the clock moved through the timezones, celebrations in Dubai centred on the Burj Khalifa skyscraper, the world’s tallest man-made structure, with a pyrotechnics display even more extravagant than 12 months ago. – AFP

The result will be announced on Tuesday
Read more
Sport

May pledges to quit to save Brexit plan

With Britain set to leave the bloc at the end of March, European Commission head Jean-Claude Juncker is demanding 'substantial progress' this week
Read more
World

Zuckerberg vows to ‘step up’ as Facebook scandal mushrooms