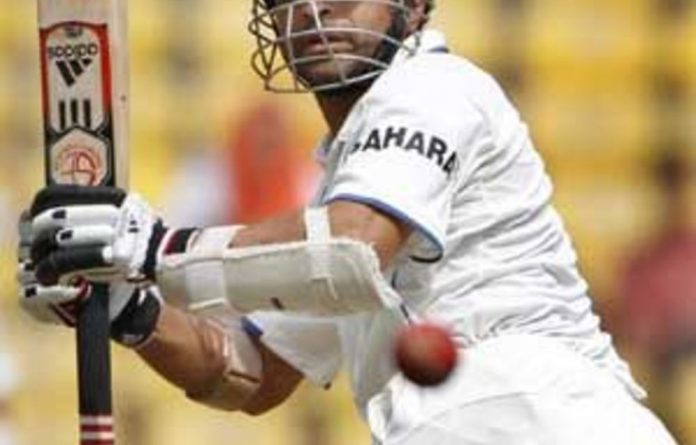 Sachin Tendulkar hopes that there’s safety, or at least comfort, in numbers at the Sydney Cricket Ground (SCG) as India attempts to level the four-test series with Australia.

Tendulkar, still in search of his 100th international century, has 664 runs at an average of 221.33 in four tests at the SCG. In 2004 he shared a record SCG fourth-wicket partnership with VVS Laxman — they added 353 with Tendulkar scoring an unbeaten 241 — as India declared its first-innings at 705-7 in the drawn fourth test.

Both Tendulkar and Laxman also scored centuries in the first innings of the acrimonious 2008 test at the SCG.

India, which lost the series-opening test in Melbourne last week by 122 runs has never won a test series in Australia. But it has been involved in some epic matches at the ground and will be more confident than usual with a Tendulkar milestone on the line.

Skipper Mahendra Singh Dhoni has no concerns about Tendulkar’s quest for a 100th hundred becoming a distraction for the team.

“Well for us it’s good. Wherever we go people talk about it but definitely as a team we would like him to score it as soon as possible for no other reason than it’s a big milestone that we’d love to enjoy and be a part of his success,” Dhoni said Monday. “I think it just distracts the media which is good for us.”

“For Sachin, it’s not the first time where he’s close to a milestone. Of course the quicker he achieves it, it will ease off a bit of the so-called pressure that’s on him.”

Breaking the drought
Rohit Sharma, an outside chance to make his test debut at the expense of middle-order batsman Virat Kohli, said the SCG was a venue most of his teammates enjoyed.

“You look at the past record, what we’ve done in Sydney, it’s tremendous, whether it’s one-day cricket or test cricket,” he said. “Individual players have performed really well. Hopefully Sydney turns out lucky again for us in this test match.”

Despite all the hype of Tendulkar’s quest for 100 hundreds and an SCG crowd that would probably love to see it happen, Michael Clarke’s Australian line-up would just as soon see the drought continue.

“I can assure you that everyone in our dressing room does not want him to make a 100,” veteran batsman Mike Hussey said. “I am a bit nervous because the stars seem to be aligning with Sachin needing one more 100. [It’s] the 100th test match in Sydney, he’s made runs here before.”

The last time Australia hosted India at the SCG was in 2008, when relations between the teams reached an all-time low.

Clarke’s three wickets in the final overs of the fifth day of that match delivered the Australians a world record-equalling 16th consecutive test win but allegations Andrew Symonds had been racially abused by Indian spinner Harbhajan Singh overshadowed the outcome. There was speculation that India proposed boycotting the remainder of the tour.

Leaving controversy behind
“That was a long time ago and the personalities and teams have changed quite a lot, particularly in our team,” Hussey said. “That’s gone, that’s in the past. I think the players that were involved in all the controversies have moved on, even played together.”

Hussey believes this year’s SCG test pitch could see a return to the drier, more spin-friendly wickets of the past.

“Just from walking across the ground it looks a lot less green than it has been the last few years,” Hussey said. “Certainly in the last few years I think the Sydney pitch has changed texture from when it used to be a real dustbowl and helped the spinners.”

With that in mind, Australia announced an unchanged side from the Melbourne test, retaining off-spinner Nathan Lyon. Fast bowler Ryan Harris, who did not recover from injury in time to play in Melbourne, was named as the 12th man.

“Ryan been a wonderful bowler for us … it was tough to leave him out, but we’ve stuck with the winning team in Melbourne,” Clarke said.

India will not name its team until just before the toss Tuesday but is expected to stick with the same team from Melbourne. — Sapa-AP

This entails putting them at the centre of national strategies, but doing it without high CO2 releases
Read more
Cartoons