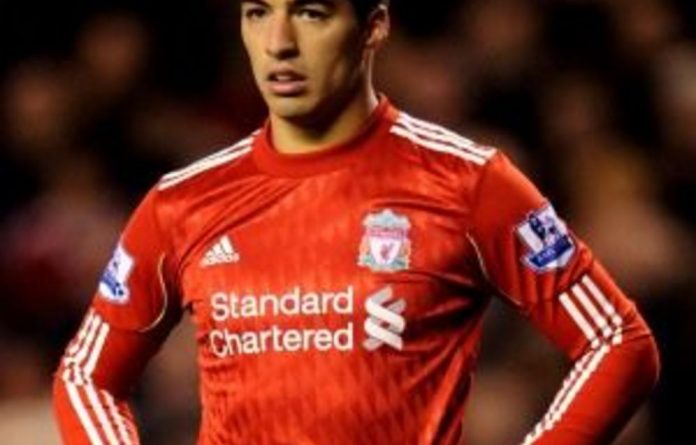 Liverpool’s global reputation is being sullied as the club maintains its backing of Luis Suarez despite his suspension for racially abusing an opponent, a campaign group against racism in football said on Sunday.

The Uruguay striker was banned for eight matches last month after being found guilty of racially insulting Manchester United’s Patrice Evra during a league match at Anfield on October 15.

Following the release of an independent panel’s report into the incident, Liverpool is considering whether to launch an appeal but has been unwavering in its support of Suarez, with the whole squad wearing T-shirts with the player’s face on them before a recent league match.

“We would call on the club to think again about their public campaign to dispute the charges and contest the principles involved in the case,” said Piara Powar, executive director of Football Against Racism in Europe.

“As a club with a good international standing, the vehemence of their campaign is unquestionably causing them reputational harm.”

Hot topic
Liverpool, which has until January 13 to make an appeal, has previously questioned Evra’s reliability but the 115-page judgment found the France defender was a “credible witness” and that Suarez’s evidence was unreliable.

Suarez called Evra, who is a black player, “negro” seven times during the on-field confrontation, according to the report.

With racism in football a hot topic in Britain — England captain John Terry faces criminal charges over allegations of having directed a racial slur at an opponent in a separate incident — Powar believes the issue is finally being dealt with.

“It appears the [Football Association] have taken their time to initiate a process that was both fair in its implementation of football rules and in accordance with the principles of British justice,” Powar said.

“Racial abuse between players on the field of play has been an unspoken taboo for too long, an area that has been unsatisfactorily dealt with by English football despite many cases over the past 10 years.” — Sapa-AP