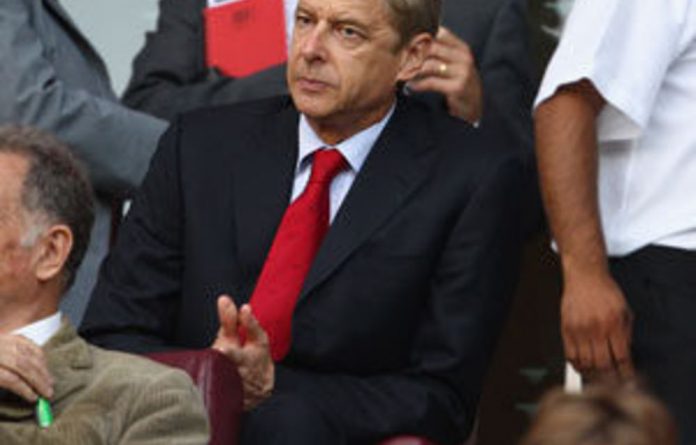 Arsenal had led through Laurent Koscielny’s rare goal in the first half, but the derby turned in Fulham’s favour after Johan Djourou was sent off in the 78th minute.

Steve Sidwell headed Fulham level in the 85th and Bobby Zamora stabbed home the winner in the second minute of stoppage time.

The loss led to Arsenal being dislodged from fourth place by Chelsea, who won 2-1 at Wolverhampton Wanderers.

“It was a massive missed opportunity,” Arsenal manager Arsene Wenger said. “It is very difficult to square the defeat today because we deserved to win.”

As well insisting Djourou should not have been initially booked for catching Sidwell in the 63rd, Wenger felt Fulham tried to get him booked again and that Gervinho should have been awarded a penalty before Arsenal’s opener.

“The referee influenced the game in completely the wrong way, in my opinion,” Wenger said.

Vulnerable defence
Going into the match two days after beating Queens Park Rangers, Arsenal was without any fit full backs, with midfielder Francis Coquelin drafted in on the left after Thomas Vermaelen joined the casualty list on Saturday.

“We are short,” Wenger said. “We have lost three left backs and two right backs.”

It was Fulham’s defence, though, that initially was more vulnerable. Aaron Ramsey’s cross deflected off Stephen Kelly before falling for Koscielny to head in his first goal since February 2010 in the 21st minute.

It took David Stockdale’s fine saves to deny Arsenal a second a minute later. Robin van Persie came close again for Arsenal in the 32nd, slipping in a shot from Coquelin’s cross but Stockdale kept hold of the ball.

Fulham gradually began to assert itself after preventing Arsenal from extending the lead, with John Arne Riise causing the visitors the most trouble down the left flank and Clint Dempsey looking dangerous.

Fulham threat
Philippe Senderos headed wide at the end of the first half and missed the target again in the 63rd after Wojciech Szczesny misjudged Danny Murphy’s cross.

Dempsey was the next to miss from Bryan Ruiz’s cross, rising above Per Mertesacker before nodding wide from 6m.

Fulham’s threat only intensified, with Ruiz denied from point-blank range in the 75th by Szczesny’s legs as he was diving.

And the hosts had the numerical advantage after Djourou was shown a second yellow card for pulling back Zamora on the edge of the penalty area.

The equaliser finally did arrive when former Arsenal players combined.

Szczesny pushed a corner out to Senderos, who nodded the ball back to Sidwell to head home. And in stoppage time Zamora found the space to squeeze home the winner from Kelly’s cross. — Sapa-AP