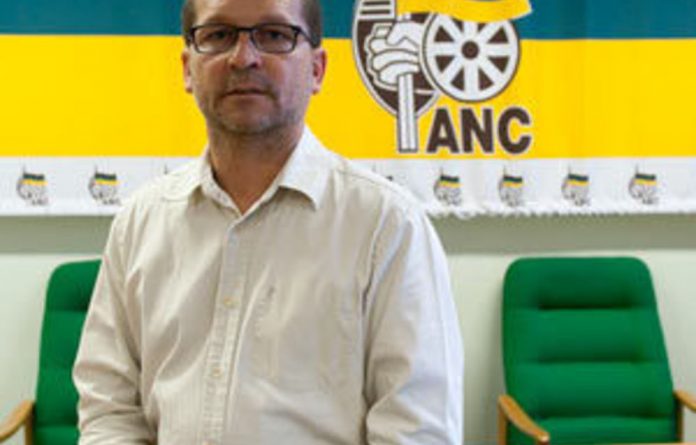 Congress of the People (Cope) MP and former national spokesperson, Phillip Dexter, on Tuesday quit the party and rejoined the ANC.

Dexter, who is one of Cope’s co-founders resigned from the party today, labelling it a failed project amongst other things and calling his former Cope colleagues to follow him to the ANC.

Dexter was a member of the ANC’s national executive committee before the 2008 Polokwane conference and is a former treasurer of the South African Communist Party.

As Cope MP and spokesperson, Dexter was very critical of the ruling party. In May 2011, he wrote in an internal Cope document that the ANC and its alliance partners “had been reduced to being, at least partially, if not substantially, vehicles for patronage, primitive accumulation, corruption and excess”.

In September 2010, during a debate in the National Assembly, Dexter coined a term “ZEE” , while posing a question to President Jacob Zuma about why Zuma’s relatives and other people known to be close to the president and business people close to the ruling party were included in government-led overseas business delegations.

“It’s Z…E…E — as in Zuma Economic Empowerment,” Dexter explained to Zuma at the time.

While he apologised for his statements, especially those that might have been personal or gave an impression of being disrespectful, he said he was standing by his ZEE statement and it is a matter he would raise internally in the ANC. “I do stand by any principle that I have put forward,” he said.

‘No better time’
Dexter then sang the ANC’s praises.

“The ANC is the only organisation that can and does advance a programme I can support. It is the organisation that leads the alliance of those forces who represent the interests of the majority of South Africans, especially the workers, the poor, of women, of youth, of children, of senior citizens and those people who are disabled.

“In fact, the ANC represents the best interests of us all. With the 100th anniversary of the ANC upon us, I felt there was no better time to implement what I have believed in my own mind for a long time,” said Dexter.

He said when left the ANC to join Cope, he did so with good intentions but “it has become clear to me that whatever we set out to do when we formed Cope, that mission is one that has failed”.

“I joined Cope in the hope that we could defend the national democratic revolution and build non-racialism. I was profoundly mistaken. Instead, Cope descended into an unparalleled chaos, of infighting, factionalism, maladministration and even corruption.”

Dexter said, “This had led me to the conclusion that whatever problems there are in the ANC, they are not the fault of any one person or a single group of people, but a combination of the material conditions which prevail in the society and the choices made by leadership has created whatever weaknesses there are in the ANC.

“There is no political organisation that does not have similar problems. This means these weaknesses can be overcome. I would like to contribute to strengthening the ANC; the political home I have been part of for most of my adult life. Whatever the weaknesses the ANC suffers from, its strengths far outweigh these.”

Dexter resigned as Cope national spokesperson in September last year and will be resigning as an MP as soon as Parliament re-opens, he said.

Cope’s acting general secretary, Deidre Carter, said Dexter’s departure was regrettable. “His resignation was a one-liner, so I don’t know the reasons for his departure.”