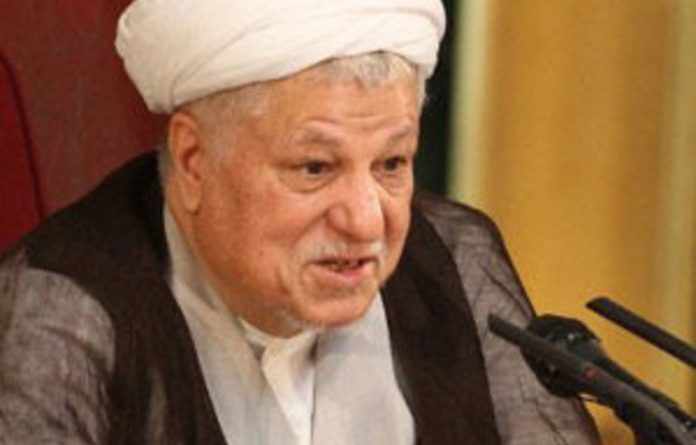 The daughter of influential former Iranian president Akbar Hashemi Rafsanjani was on Tuesday sentenced to jail and banned from political activities for “anti-state propaganda” dating back to the 2009 disputed presidential election, Iranian media reported.

The Islamic state has piled pressure on the opposition ahead of a parliamentary election in March 2, the first test of the clerical establishment’s popularity since the 2009 vote that critics say was rigged to re-elect Mahmoud Ahmadinejad.

Rafsanjani, who heads a powerful body that resolves disputes between Parliament and a hard-line clerical body, sided with the pro-reformers after that vote which brought tens of thousands of people onto the streets during eight months of protests.

She was arrested and briefly detained after addressing supporters of candidate Mirhossein Mousavi when they gathered near the state television building in Tehran in defiance of a ban on opposition protests in the aftermath of the election.

House arrest
“My client has been sentenced to six months in jail and banned from engaging in any cultural and political activities for five years,” ISNA quoted her lawyer Gholam-Ali Riyahi as saying. She has 20 days to appeal.

Thousands of people, including senior members of the reformist bloc, were detained after the vote for fomenting unrest. Most of them have since been released but more than 80 people have been jailed for up to 15 years and five have been sentenced to death.

Mousavi, a former prime minister, and Mehdi Karoubi, a cleric and a former Parliament speaker who led the opposition, have been under house arrest since February and denied any contact with the outside world.

Iranian authorities said the 2009 vote was healthiest in three decades and accused the US and Israel of backing the opposition to overthrow the clerical establishment.

Internal crisis
The election and its aftermath plunged Iran into its biggest internal crisis since the 1979 Islamic revolution and has created a deepening rift among the hard-line rulers.

The registration of hopefuls for March’s election ended on Friday with more than 4 500 candidates registered.

Ahmadinejad’s allies will want to secure a majority in the assembly to bolster his chances of winning a presidential vote in 2013.

Leading reformist politicians said pro-reform political parties have decided not to provide a separate list of candidates because the basic needs of a “free and fair” vote have not been fulfilled.

Authorities are concerned that a low turnout will further harm the establishment’s legitimacy. Frustration is simmering among lower and middle class Iranians over Ahmadinejad’s economic policies. Prices of most consumer goods have risen substantially and many people struggle to make ends meet. — Reuters