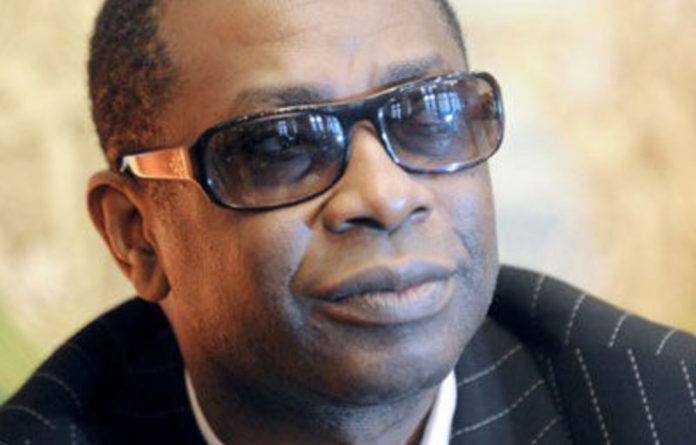 On Tuesday, Senegalese music legend Youssou N’Dour announced he would be running in the country’s next presidential elections.

The singer has been active in promoting human rights and environmental causes in his country since the beginning of his career, but whether his international stardom would be an advantage at the polls remains to be seen.

It’s not surprising that so many celebrities have attempted to enter politics. Elections are, after all, little more than elaborate popularity contests, with politicians and celebrities relying on the same tricks of the trade to ensure success.

(Note: This does not work in the other direction — politicians attempting musical careers are usually disastrous, misguided, and the subject of another discussion altogether. See sex scandal-ridden ex-Italian prime minister Silvio Berlusconi’s recent album of love songs for reference.)

Eva Perón
Argentinian icon Eva Perón perfected the art of combining showbiz with politics. Her radio and film career was short-lived and forgettable but she found success in the theatre and as a model, experience that no doubt helped her create a captivating public image. Her growing fame played a part in the election of her husband Juan Perón to office in 1946, and she became so popular among working-class and women’s groups in Argentina that there was a public outcry when she declined to stand for vice-president in 1951. She died in 1952 at the age of 33. Her legend lives on in films and musicals, most notably Andrew Lloyd Webber’s Evita. The film version of this musical starred Madonna, who, thankfully, has not tried her hand at running a country yet.

Ronald Reagan
By the time Ronald Reagan became governor of California in 1967, he had acted in 63 Hollywood films, appeared in many television series and even served as president of Hollywood’s Screen Actors’ Guild. His films were not international hits but he made up for this lack of worldwide fame by being elected US president in 1981, his third attempt. Who needs Oscar nominations and critical acclaim when you can have America? He survived an assassination attempt soon after his election and proved to be one of the US’s most influential and controversial presidents of the 20th century during his two terms — guiding the country through the Cold War and devising economic policies that would have long-lasting effects. The mental confusion that plagued his later years, caused by Alzheimer’s disease, was often parodied, and has contributed to a divided view of his legacy. He did have a sense of humour though. He once described politics as “the second-oldest profession” but admitted it often resembled the oldest.

Arnold Schwarzenegger
Reagan might have been an ex-actor by the time he entered political office, but the Austrian-born star was still Very Famous and Very Hollywood when he became the governor of California in 2003. He may have had no political experience but handling the fifth-largest economy on Earth is surely nothing compared to fending off a nuclear robot apocalypse, something everyone knew the Schwarzenegger could do in his sleep (and they had the footage to prove it).

Peter Garrett
You may not be familiar with the name, but you will certainly be familiar with his music. Peter Garrett was the singer for Australian band Midnight Oil, who found international fame with their 1988 single Beds are Burning. Midnight Oil’s lyrics were overtly political, focusing on environmental and nuclear issues and the rights of aboriginal people. They rejected mainstream media and commercialism in favour of artistic independence and the freedom to support initiatives that shared their views. So when Garrett decided to stop sticking it to the man, quit the band and entered politics in 2002, many were sceptical and wondered if all that activism had gone to his bald, shiny head. But it seems that, like a particularly rock n’ roll Trojan horse, Garrett wanted to fight the system from within. After working his way up and switching from fringe anti-nuclear parties to the Australian Labour Party, he became minister of environment, heritage and the arts but that didn’t stop him from performing with Midnight Oil at a benefit concert for victims of the 2009 bushfires. In 2010 he became minister for school education, early childhood and youth. Getting a rock star to encourage kids to stay in school? Worth a try, methinks.

Wyclef Jean
Haiti-born, US-based musician Wyclef Jean has always been vocal about the problems that face his home country, one of the poorest in the world. He has used his acceptance speeches when winning accolades for his work as a producer, solo musician and member of the Fugees to highlight the plight of Haitians, and in 2005, after a hurricane devastated the country, started a foundation that aimed to put 6800 Haitian children through school and university, as well as providing relief to victims. Jean’s commitment to Haiti’s people has always been impressive but there is only so much that one can do as a private citizen, especially when one is earning millions in a foreign country. In 2010 he announced that he would be standing in Haiti’s presidential elections. Haiti’s electoral commission rejected his bid, however, as Jean was not a resident. Just as well, if one looks at his management skills. His foundation was badly run, with only a small percentage of funds being used as intended.

Trump and Nunes torch tradition of trust between Congress and FBI