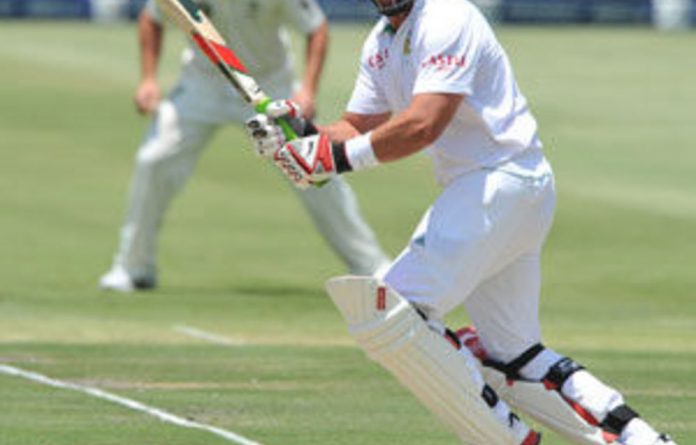 The 36-year-old had waited 143 matches before finally stroking his maiden double-ton, making an unbeaten 201 against India in Centurion a little over a year ago.

It took only another seven matches, however, to add his second as he reached the 200-run mark off 280 balls in the first innings of the third and deciding Test against Sri Lanka.

Kallis was given two lives by the tourists on the way to his career-best effort.

The veteran all-rounder was saved by Chanaka Welegedara, who wasted a sitter fielding at fine leg, which he did not see and bounced just in front of him when the batsman was on one, and he was dropped by Mahela Jayawardene in the slips on 171.

He was given another half-chance by Jayawardene as he edged one through first slip when he was on 183.

Jayawardene, at second slip, dived full length to his left and was only able to get his fingertips to the ball as it raced away for four.

Kallis’s score is the highest by a South African against Sri Lanka after Gary Kirsten — now the Proteas’ head coach — made 180 in Durban in December 2000.

South Africa were in control at Newlands, with the hosts on 422/3 in their first innings in the morning session of the second day’s play.

AB de Villiers was unbeaten on 77 in an unbroken 159-run stand with Kallis. — Sapa