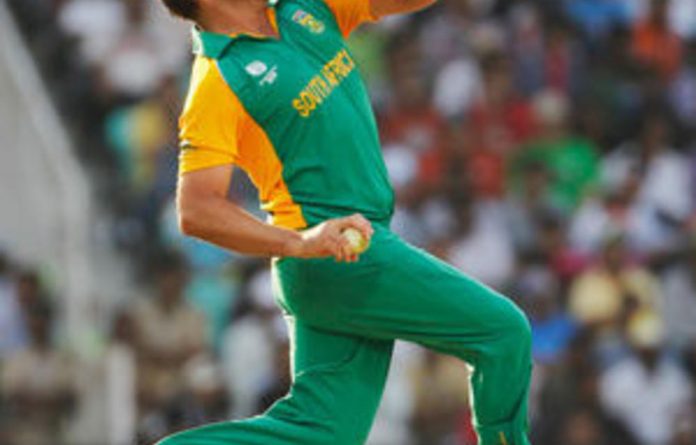 Jacques Kallis made 224, his highest career score, as South Africa powered to 453-4 at lunch on the second day of the series-deciding third Test against Sri Lanka at Newlands.

Kallis, who was on 159 overnight, continued to punish Sri Lanka’s bowling on Wednesday, hitting 31 fours and a six and reaching his second Test double century off 280 balls.

He removed his helmet to again salute his home crowd and South Africa’s dressing room after marking his 100 and 150 in the same way on Tuesday. Kallis then passed his previous highest score of 201 not out with a cut to backward point to celebrate his 150th test with a career-best total at his home ground.

Alongside Kallis, AB de Villiers moved smoothly to 84 not out in a 192-run stand for the fourth wicket before Sri Lanka’s beleaguered bowlers finally broke through in the last over before lunch when Kallis mistimed a drive straight to mid-on fielder Angelo Mathews off left-arm spinner Rangana Herath (1-72).

Seamer Dhammika Prasad had 2-130 for Sri Lanka’s best return as the tourists conceded successive partnerships of 205 and 192 when Kallis was at the crease to face an uphill fight in the final test with the series locked at 1-1.

Kallis had combined with opener Alviro Petersen (109) for a double century stand on the first day.

He took no time to find his range on the second morning in Cape Town with fours off the first two deliveries he faced. He drove his first ball to the boundary and pulled another through square leg straight after.

But other than that, Kallis was in imperious form to keep South Africa rolling relentlessly on.

He hammered 10 fours in the session and added 106 runs to South Africa’s overnight score of 347-3 alongside De Villiers before he finally fell just a minute and three balls from the lunch break.

He faced 321 balls and batted for over seven hours.

De Villiers, whose own innings was overshadowed by Kallis’ performance, hit 10 boundaries for his unbeaten 84 off 153 balls and was himself in sight of a 13th test century — which would give three of South Africa’s top five batsmen a hundred in the first innings.

South Africa was also approaching its highest test total against Sri Lanka, its 504-7 declared, also at Cape Town, in 2001. — Sapa