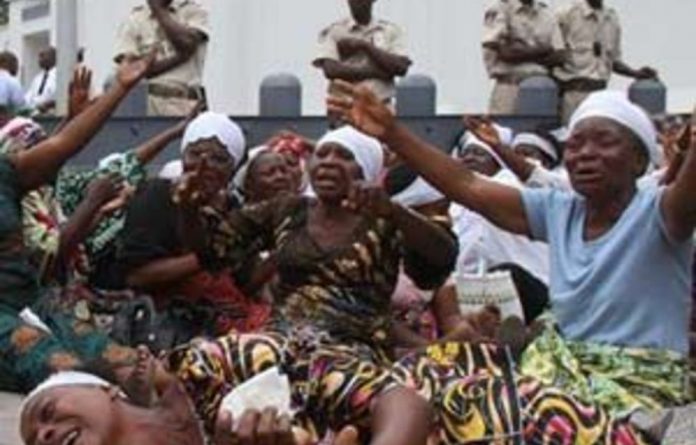 Foreign experts have arrived in the Democratic Republic of Congo (DRC) to look at a possible broader review of the November elections, which have been denounced as flawed by international observers.

The team from the US-based National Democratic Institute (NDI) and International Foundation for Electoral Systems, which arrived on Wednesday, will meet electoral authorities, members of key political parties as well as national and international electoral observers during the mission.

“The purpose of this mission is to discern whether it is possible to verify the election results through a broader review of the processes and to offer advice about what shape such an effort might take,” NDI president Kenneth Wollack said in a statement.

Britain has also promised to send experts if the US team on the spot considers it necessary.

Kabila himself admitted that there were flaws although he rejected claims that the polls lacked credibility. His main rival, veteran opposition leader Etienne Tshisekedi, last month declared himself president just days after Kabila took the oath of office.

The Independent National Electoral Commission (CENI) on December 21 initially suspended the count in parliamentary elections that took place at the same time as the presidential poll to await the review by the foreign experts.

The commission said it wanted “to guarantee the transparency and credibility” of the count amid reports of irregularities and fraud in the vote, in which some 19 000 candidates stood for 500 seats in the National Assembly.

But it resumed counting votes on December 28 because it has a January 13 deadline to announce the results.

“What has to happen now is that lessons are learnt without delay [from the presidential poll] and that the declaration of results in legislative elections takes place in conditions guaranteeing transparency and credibility,” EU foreign affairs chief Catherine Ashton said last month.

She warned that EU support for the DRC was contingent on “the next stages in the Congo’s democratic process”, as determined by observers. — AFP