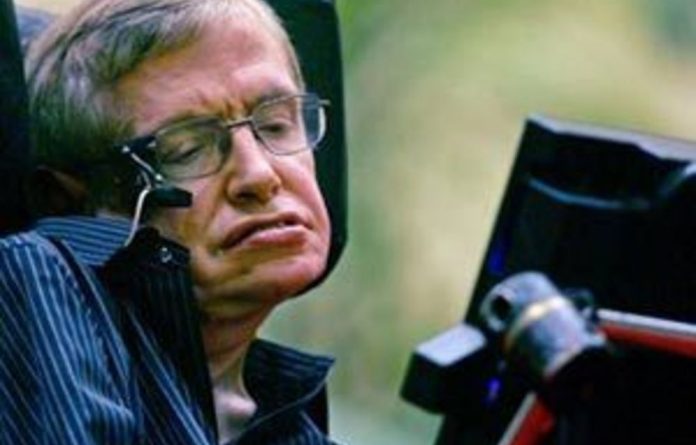 British scientist Stephen Hawking has decoded some of the most puzzling mysteries of the universe but he has left one mystery unsolved: How he has managed to survive so long with such a crippling disease.

The physicist and cosmologist was diagnosed with Lou Gehrig’s disease when he was a 21-year-old student at Cambridge University. Most people die within a few years of the diagnosis, called motor neurone disease in the United Kingdom. On Sunday, Hawking will turn 70.

“I don’t know of anyone who’s survived this long,” said Ammar Al-Chalabi, director of the Motor Neurone Disease Care and Research Centre at King’s College London. He does not treat Hawking and described his longevity as “extraordinary”.

“It is unusual for [motor neurone disease] patients to survive for decades, but not unheard of,” said Dr Rup Tandan, a neurology professor at the University of Vermont College of Medicine. Still, Tandan said many long-time survivors had ventilators to breathe for them — which Hawking does not.

Hawking first gained attention with his 1988 book A Brief History of Time, a simplified overview of the universe. It sold more than 10-million copies worldwide. His subsequent theories have revolutionised modern understanding of concepts like black holes and the Big Bang theory of how the universe began.

To mark his birthday on Sunday, Cambridge University is holding a public symposium on “The State of the Universe,” featuring talks from 27 leading scientists, including Hawking himself. For 30 years, he held a mathematics post at the university previously held by Sir Isaac Newton. Hawking retired from that position in 2009 and is now director of research at the university’s Centre for Theoretical Cosmology.

Hawking achieved all that despite being nearly entirely paralysed and in a wheelchair since 1970. He now communicates only by twitching his right cheek. Since catching pneumonia in 1985, Hawking has needed around-the-clock care and relies on a computer and voice synthesizer to speak.

A tiny infrared sensor sits on his glasses, hooked up to a computer. The sensor detects Hawking’s cheek pulses, which select words displayed on a computer screen. The chosen words are then spoken by the voice synthesizer. It can take up to 10 minutes for Hawking to formulate a single sentence.

Hawking declined requests from the Associated Press for an interview, but his personal assistant spoke to AP.

“The way he communicates can seem frustratingly slow to most people but he doesn’t let that impede his thinking,” she said.

After a brief hospital stay, Hawking told her that he spent the time thinking about black holes.

Hawking typically comes into the office after a big breakfast and reading the news, Croasdell said. “He’s not an early morning person, but he does stay quite late,” until about 7pm or 8pm in the evening, she said.

Hawking’s rooftop university office is crammed full of memorabilia: family photos, a miniature Nasa shuttle, and a signed picture of himself with President Barack Obama and his wife, Michelle. On top of physics books sits a disability access guide for the university.

Guest appearances
Hawking’s fame has led to guest appearances on some of his favourite television shows including The Simpsons and Star Trek. His animated likeness from The Simpsons has even been turned into an action figure — one of which sits proudly on his office desk. There’s also a Homer Simpson clock that Hawking is known to glare at when visitors are late for an appointment.

She said he has a wry sense of humour and has programmed his computer to respond to random encounters with people who ask if he’s Stephen Hawking. “No, but I’m often mistaken for that man,” his voice synthesizer deadpans.

People, who are stricken at a young age, as Hawking was, generally have a better chance of surviving longer. Most people are diagnosed between 50 and 70. Life expectancy generally ranges from two to five years after symptoms like slurred speech, difficulty swallowing and muscle weakness set in. Hawking’s personal physicians don’t discuss his condition with the press, Croasdell said.

For some reason, the disease has progressed more slowly in Hawking than in most. Al-Chalabi and colleagues are analysing a DNA sample from Hawking, along with those of other patients, to see if there is something rare about his disease or any genetic mutations that could explain his long survival and if that information could be used to help others.

Some experts said the type of care Hawking has, including about a dozen health workers 24 hours a day, may have extended his life expectancy.

“The disease can sometimes stabilise and then the kind of care delivered may be a factor in survival,” said Virginia Lee, a brain disease expert at the University of Pennsylvania School of Medicine. “Remaining mentally alert is also extremely important and he has clearly done that.”

No limits
Hawking says he tries not to think about his limitations.

“I have had [Lou Gehrig’s disease] for practically all my adult life,” he says on his website. “Yet it has not prevented me from having a very attractive family and being successful in my work,” he writes. “I try to lead as normal a life as possible and not think about my condition or regret the things it prevents me from doing, which are not that many.”

From the office pictures documenting his achievements, that certainly seems to be the case. Framed photos show the physicist with several popes and on memorable trips to China and Easter Island.

He has even flown in a space simulator. In 2007, Hawking took a zero-gravity flight in Florida, the first time in 40 years he abandoned his wheelchair.

“That was the happiest I’ve ever seen Stephen,” said Sam Blackburn, Hawking’s graduate assistant, who accompanied him on the ride along with about a half-dozen others, including two doctors. “He just had the biggest grin on his face.”

Hawking has also been married twice and has three children and three grandchildren. With his daughter Lucy, he has written several children’s books on physics.

Al-Chalabi said most patients with Lou Gehrig’s disease succumb after their breathing muscles stop working. He had no predictions for what the biggest health risks to Hawking’s future might be.

“He is truly remarkable,” Al-Chalabi said. “This is someone who’s managed to find ways around every single problem the disease has thrown at him.” — Sapa-AP