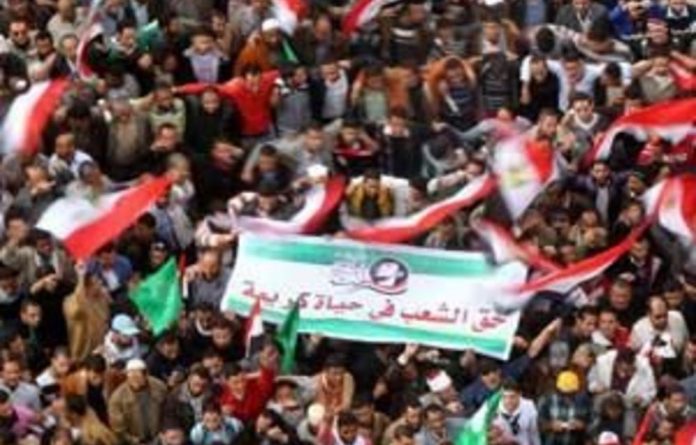 Egyptian prosecutors have demanded the death sentence for former president Hosni Mubarak and other defendants including his two sons and the former interior minister for their role in the killing of protesters in the uprising that swept him from power.

Many Egyptians hope the trial will heal some of the scars of Mubarak’s autocratic rule and help the country find stability after nearly a year of political turmoil under the military generals who replaced him in power.

But the multitude of witnesses, complexity of charges and the prosecution’s difficulty in obtaining evidence from the security services might make it easier for defence lawyers to push for a lighter sentence for Mubarak and his co-defendants.

For the final hearing of three that took place this week, Mubarak appeared in a courtroom cage reserved for the accused along with his sons, former interior minister Habib el-Adly and six senior police officers.

“The prosecution demands the maximum penalty against Mubarak and the rest of the accused, which is death by hanging,” Mustafa Khater, a member of the prosecution team, told a court. “The killing of one person calls for a death penalty so what would the court say in a case where hundreds have been killed.”

Khater’s speech prompted cheers and claps from some lawyers who shouted: “Death, death … God is greatest.”

Denying responsibility
Mubarak, who ruled for three decades before he was forced on February 11 to step down after 18 days of public protests against his rule, is the first leader toppled by the wave of protests in the Arab world to stand trial in person.

The 83-year-old former president and the other defendants deny responsibility for the deaths.

Chief prosecutor Mustafa Suleiman told the court that, even if Mubarak did not directly order the killing of the protesters, he failed in his constitutional responsibility to protect the people.

The prosecution also said that witness testimonies, including that of Omar Suleiman, who was named vice-president during the protests, had all indicated that “police officers have to return to the president of the state in decisions that concern dealing with protesters”.

“And many of those witnesses have assured the prosecution that no police officer can fire unless he gets orders from his boss,” Suleiman said.

Mohamed El Gendi, a lawyer acting on behalf of Adly, said the prosecution had failed to provide conclusive evidence.

“The prosecution relied on conclusions and narrated tales that do not firmly prove that the accused person committed the crimes,” he said.

On top of the charges related to the death of protesters, Mubarak and his co-defendants face charges including corruption, abuse of power and wasting public funds. The judge adjourned the trial until January 9 to 10 when the plaintiffs’ lawyers will make their final statements. — Reuters