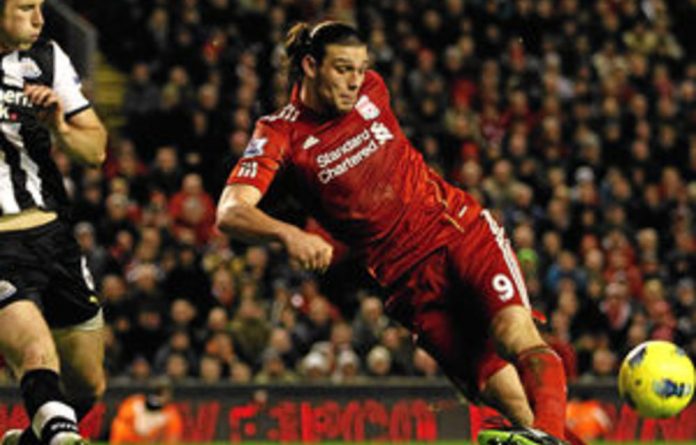 It is easy to imagine Andy Carroll driving alone in his car with I’m Coming Home Newcastle booming out of the sound system. Horribly sentimental yet strangely haunting, the old Busker song, later covered by Lindisfarne, echoes around St James’ Park in the preamble to kick-off at every Newcastle United home game.

The following excerpts capture the tone of unashamedly cheesy lyrics penned for homesick Geordie exiles. “I’m coming home Newcastle, I might as well have been in jail, I’d walk the streets all day all night for a bottle of your own brown ale … I’m coming home Newcastle, if you never win the Cup again, I’ll brave the dark at St James’ Park on the Gallowgate End in the rain.

“I’m coming home Newcastle … I’ll walk the streets all day all night for a bottle of the River Tyne. I wish I’d never been away. I’d kiss the ground for the welcome sound of my mother saying hinny howay.”

Forget the right foot often more suited to standing on than scoring with, the sometimes wayward positional sense, the frequent lack of subtle, clever movement and the concerns about “refuelling”, arguably Carroll’s biggest problem at Liverpool is that it is not Newcastle.

According to reliable sources, Anfield’s underachieving centre-forward spends far too much free time travelling back to his beloved Tyneside, visiting family, friends and old haunts. Eleven months after a 35-million deadline-day transfer to Liverpool and a week before his 23rd birthday, the ties that bind Carroll so tightly to his Geordie roots have yet to loosen appreciably.

It seems that a Newcastle team increasingly built around Yohan Cabaye’s playmaking skills, a growing possession game and Demba Ba’s goals have moved on faster than their former local hero.

While Carroll has been warming Liverpool’s bench — and with Fabio Capello expressing disquiet about his off-field habits, as well as slipping out of England contention — Ba has established himself as the Gallowgate End’s new attacking darling. “At his best Andy is virtually unplayable,” says Glenn Roeder, one of Carroll’s former Newcastle managers. “I played him against John Terry and Sol Campbell in games with Chelsea and Portsmouth and neither could get near Andy in the air.”

Roeder found Carroll consistently receptive to training-ground advice but believes he needs to work hard on improving his right foot, movement outside the box, possession retention and first touch. “If I were Andy I’d get DVDs of Michael Owen, look at his game outside the area and study how he does the simple things wonderfully well,” Roeder says.

If Liverpool’s fluent passing style is mentally and technically more demanding of players than the broadly direct approach adopted by Newcastle during Carroll’s brief period in the first XI, it would be very wrong to say he is incapable of rising to the challenge. A forward far better on the ground than generally given credit for possesses sufficient natural talent to successfully reinvent elements of his game.

Manager Kenny Dalglish, who persistently rebutts doubts about Carroll’s lifestyle, has long maintained that the thigh and knee injury that have so disrupted his first year on Merseyside represent the principal reasons for a painfully slow-burn start.

Those who liken Carroll to Michael Ricketts – the former Bolton Wanderers striker who, a decade ago, briefly took Premier League defences by storm, won an England cap and then swiftly disappeared almost without trace — conveniently ignore a significant difference.

Whereas Ricketts concedes he fell out of love with football, Carroll’s friends are vehement that, if a certain immaturity, homesickness and lack of match fitness have undeniably held him back, a lack of interest and disengagement are definitely not among his problems.

Perhaps a sometime England international who, despite registering 11 goals in 19 appearances for Newcastle early last season, had only been playing Premier League football for five months when he was bundled into Mike Ashley’s Anfield-bound helicopter is as much in need of regular first-team action as decent left wing crosses from Stewart Downing.

Courtesy of the eight-game Football Association ban faced by Suarez in the wake of the Patrice Evra racial abuse case, he now seems certain to be granted the former. —