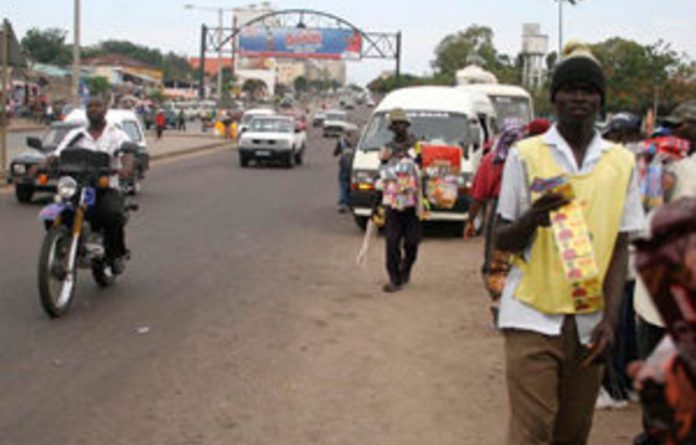 It is Wednesday and 31-year-old Maria Nunes is picking at her husband’s grilled sardines, laughing at a comment from her friend Carlos, who is sitting across the table. The group of young professionals has gathered at the Associação Portuguesa for their weekly lunch.

It is a reunion of sorts, an opportunity for the group of expatriates to talk about all things Portuguese over the black-and-white checked tablecloths. All eight were born in Portugal but now live in Mozambique.

The country that is famed for its prawns, Indian Ocean beaches and local jazz is experiencing a resurgence in foreign investment — and foreign migrants — as coal reserves are discovered in the north, urban centres develop in a frenzy of construction and Europe slides ­further into economic meltdown.

Nunes, a freelance graphic designer, and her husband, Ricardo, moved to the former Portuguese colony in 2006, interrupted by a brief spell in Angola for Ricardo’s work as a civil engineer. They say they love Maputo and have chosen to live there because it is so Portuguese.

“There’s so many new people arriving every day,” Nunes says. “They just keep coming. Four years ago it was very quiet, but two years ago everything changed. Every week I see new people in the restaurants, the clubs.” She shakes her head in bewilderment. “My hometown is small, in the middle of nowhere, but still there are three or four people from there who are here.”

Nunes belongs to an online email group made up of thousands of Portuguese expats living in Mozambique and those in Europe who want to make the move. “Every day there’s another CV from Portugal, someone else looking for a job, wanting to come,” she says. And finding work in Maputo is now getting more difficult.

Her friend, Carlos Quadros, a newly arrived environmental engineer from Lisbon, says: “Things aren’t so good in Portugal; it’s in crisis. There’s no work at all. And if you get work, you don’t get good pay — and it is going to get worse.” He says there are many more opportunities in Mozambique, but it depends on your area of expertise. If you are an architect or engineer, or have technical skills, there are plenty of jobs.

Increase in numbers
There has been a 30% to 40% increase in the number of Portuguese migrants choosing to move to Mozambique in the past two years, says the consul general, Graça Gonçalves Pereira. And although Portuguese nationals do not have to register at the embassy and concrete numbers are therefore hard to come by, she says the expat population is in the tens of thousands.

“We can see there are more people now. It’s no surprise. It’s natural to look for something better and Portuguese people always emigrate. It’s been a habit of ours since the 16th century,” she says. Many migrants arrive on fixed-term contracts with Portuguese companies that have invested in Mozambique, she says, but most will leave after their contracts end.

Sitting in his whitewashed restaurant on the bustling Avenida Julius Nyerere, Luis Carvalho agrees. “The new Portuguese, they stay for a few months, then they’re gone,” he says. “Of 100 who come, 50 will have left within three months.” His restaurant, O’Porto, serves “nouvelle Portuguese cuisine” and caters predominantly to rich Mozambicans and Portuguese migrants who come because the name reminds them of home.

Carvalho says many new migrants arrive with unrealistic expectations of what they can achieve in Mozambique. When they come they want to start at the top, “have high-ranking jobs”. “Some people get jobs, some give up and others just can’t adapt to the Mozambican way,” he says.

For Carvalho, Mozambican life is what you make of it. Gazing at the black-and-white photos of the restaurant’s namesake on the walls, he says: “Mozambique is a great opportunity for life. In Portugal it’s different, because everything’s invented already. In Africa you have opportunities.”

Down the road the owner of the more traditional family-run Restaurante Taverna, Nuna Pestana, says he has also fallen in love with the country. “The sun here, it feels different from everywhere else. The colour of the day, the people …”

Despite Pestana’s love for his new country, his restaurant caters for those homesick for Europe. Taverna is an unassuming log-fronted establishment with rough-hewn wooden benches and checked tablecloths, but is one of the most expensive ­restaurants in the city.

Traditional food
The food here is traditional home-cooked Portuguese and business is so good that Pestana’s extensive wine list is handed out to patrons on iPads, a first for Mozambique. Of the 960 wines on his list, 85% are Portuguese and, despite the prices, are still the most popular.

Every day, every night, a new Portuguese person comes to the restaurant, he says. “This week 15 Portuguese people came for lunch. They were on a trip to see Mozambique, explore business opportunities.” And in the past few months at least 10 new Portuguese restaurants have opened in Maputo.

Pestana agrees that Portuguese people have a culture of emigration. “We are conquistadors. When things aren’t good, we go to where it is best. We’ve done it for generations.” At the Associação Portuguesa the group is finishing lunch. Maria shakes her head. “This is not my country,” she says. “I love it, but my family’s far away.”

She is learning Mozambican dancing. But, glancing at her tangerine shirt and slim-fit blue jeans, she says: “I still buy all my clothes in Portugal. We go home every Christmas.” The Nunes are newlyweds and want European passports for their children. “We may live in Mozambique, but we will die Portuguese,” Ricardo says.

At a neighbouring table a group of older Portuguese men have been sitting since mid-morning, sipping neat whisky and gazing at the Jardim dos Namorados across the road. In their swirl of cigar smoke they seem oblivious to the raucous chatter with its smattering of accents from across the Lusophone world. Most of them have been in Mozambique for years, watching the younger ones come — and go. —