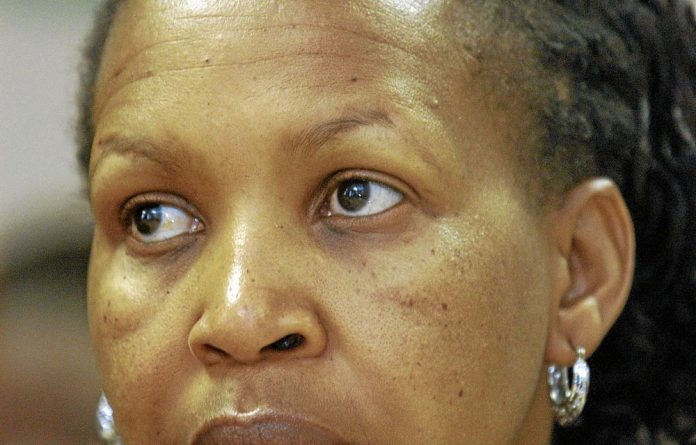 Staff members of the Gauteng Gambling Board (GGB) are up in arms over a decision by the provincial department of economic development (DED) to relocate their offices from Johannesburg’s northern suburb of Bramley to the city centre to make way for Wakegem-African Romance, a diamond beneficiation company.

The decision was taken in October last year by the MEC in charge of the Gauteng department of economic development, Qedani Mahlangu. The MEC said her department wanted to house all its agencies in one building. The board regulates casino gaming, betting on horse racing and sports events, and bingo in the province.

But Mahlangu’s decision has put her on a collision course with the staff and the agency’s management, including its acting chief executive, Ndanduleni Makhari. A senior manager has also raised questions about the relationship between Mahlangu and Wakegem-African Romance, owned by Mooh­sen Moosa, a younger brother of former environmental affairs minister Valli Moosa.

In a signed memorandum to the board’s management, staff said that they were opposed to the move because Mahlangu took a unilateral decision and did not consult them about the relocation, which was supposed to take place in December. The board has refused to budge.

Staff said they would go to public protector Thuli Madonsela to ask her to investigate the matter. They also complained that it had been hardly two years since the board was moved to Bramley from Centurion in Pretoria and said that Mahlangu’s decision could be in contravention of the Public Finance Management Act (PFMA) and treasury regulations.

“We, the Gauteng Gambling Board’s staff, are dissatisfied with this decision and the manner in which it has been handled and will not relocate as instructed. Further the GGB recently relocated from Centurion to its current offices in Bramley ‘due to operational requirements’ and therefore we do not understand the logic behind the suggested move,” the memorandum said.

The staff apparently also supported the management’s view that complying with Mahlangu’s decision may also not be consistent with the obligations imposed on organs of state by the Constitution and the Promotion of Administrative Justice Act. The agency’s management told the Mail & Guardian that it received legal opinion on the relocation from senior counsel Vas Soni, who said it was highly irregular in terms of the PFMA.

But in an angry response Mahlangu said the board had no choice but to relocate because, as an MEC, she was empowered to instruct the agencies that fell under her portfolio to adhere to and implement operational decisions without consulting them. In an email sent to the board’s acting chief executive in November last year, Mahlangu threatened to fire him if he did not follow her instructions and relocate the board. “I sense that you want to use every trick in the book not to move offices,” Mahlangu wrote in the email, which has been seen by the M&G.

“May I suggest that you speed the process of moving before I lose my cool with you. I want to reiterate what I said to you over the phone while I was overseas that the board has no role nor responsibility on this matter and if they want to get involved in admin work I will remove all of the board ASAP. If you have serious problems with my decision, please tender your resignation with immediate effect. I want to remind you that I am not here to be liked but to use state resources optimally and therefore consolidation of DED agencies is part of that.”

Makhari was unavailable for comment. Approached for comment this week, Mahlangu’s spokesperson, Mandla Sidu, said the relocation of the board followed a decision that was approved by the provincial executive council to house all agencies of the Gauteng economic development department in one building.

“Accordingly, 124 Main Street building was identified as a suitable building for this exercise. Among others, the move is aimed at creating a one-stop service for all the department’s agencies, reduce costs and facilitate ease of access for the general public. It affects all the agencies of the department,” said Sidu.

Responding to questions about the relationship between Mahlangu and Wakegem-African Romance, Sidu said: “The department’s support of this entity is part of the programme to encourage mineral beneficiation in the province. Accordingly, the MEC’s relationship with Wakegem is within the context of implementing her department’s mandate, which includes facilitation of economic development in the Gauteng province.”