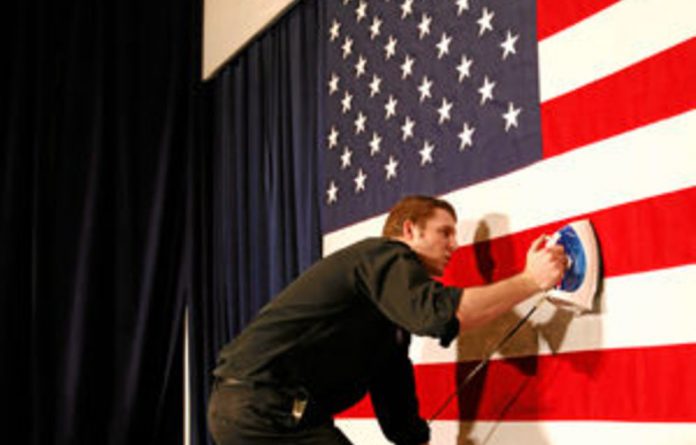 The struggle for the Republican nomination for the United States presidential election in November moves to New Hampshire this week, setting up the next battleground in the fight for the right to try to wrest the White House away from President Barack Obama.

Mitt Romney managed to gain a slim victory in Iowa’s first-in-the-nation nominating contest on Tuesday as rival Rick Santorum rode conservative unease to a surprise second-place finish. The Republican candidates are now headed for New Hampshire, where the state will bask in the media spotlight until it goes to the polls on January 10.

However, New Hampshire, nicknamed the Granite State for its unforgiving mountain landscapes, is likely to be much more friendly territory this time for Romney, who has long dominated polls there. It has been the linchpin of his nomination bid and recent polls continue to show him easily outstripping his rivals.

This week, a poll for Suffolk University in Boston put him on 43%, with libertarian-leaning Texas congressman Ron Paul a distant second on 17%. A second poll, by polling firm Magellan Strategies, had Romney on 41% to Paul’s 21%. Professor Dante Scala, a political scientist at the University of New Hampshire, said: “A New Hampshire win will cement him [Romney] as the choice of centre-right Republicans. He is obviously very well positioned here.”

Romney’s appeal to New Hampshire voters comes from his time governing neighbouring Massachusetts and his constant attention to the state over the past four years. He has secured powerful endorsements from local bigwigs and visited frequently.

Recently, Romney unveiled no less than 15 endorsements from local state politicians. He even maintains a holiday home in the state. At the same time, New Hampshire voters are less likely to be socially conservative than voters in Iowa, where religious voters make up a more influential section of the Republican electorate.

“New Hampshire Republicans see themselves as mavericks in the Republican party,” Scala said. “They are not interested in social conservatism. They don’t want to talk about abortion and gay marriage.”

Highly motivated support base
That is good news, too, for Paul, whose appeal is based on a blend of extreme fiscal conservatism and a liberal social and foreign policy. Paul, who commands a highly motivated support base made up of many young people and students, will probably find New Hampshire sympathetic to his message. But his surging poll numbers have been flagging in recent days under a barrage of attacks from rivals and negative press coverage of racist newsletters sent in his name during the 1990s.

New Hampshire’s more socially liberal terrain may prove a problem for Santorum. The former Pennsylvania senator is one of the most conservative figures in the race with extreme views on gay marriage and gay people serving in the military. Parallels have been drawn between Santorum and former Arkansas governor Mike Huckabee, who, with support from the religious vote, won Iowa in 2008 but then failed to do well in New Hampshire.

But observers believe Santorum is better organised in New Hampshire than Huckabee was and he has spent more time campaigning in the state. He also has local expertise in his national campaign manager, Mike Biundo, who is a New Hampshire expert.

But, unlike in Iowa, Romney also faces a challenge from a more traditional figure — the former Utah governor and fellow Mormon Jon Huntsman. A mainstream fiscal conservative, Huntsman has virtually ignored the race in Iowa to concentrate all his efforts on doing well in New Hampshire.

He has been practically camped out in the state, on a gruelling tour of small-town meetings, trying to woo voters with his moderate conservatism. In recent polls, Huntsman moved into third place in New Hampshire and could become the focus of a bloc of anti-Romney sentiment that has emerged in the election race.

Like Romney, Huntsman also has a large fortune at his disposal. Huntsman recently sent an email to supporters vowing to match their donations from his own pocket. Experts believe he could yet prove a wild card in a race in which every other candidate — from Herman Cain and Rick Perry to Newt Gingrich — has enjoyed a spell as the “anti-Romney” figure.

Professor John Carroll, a political scientist at Boston University, said: “Everyone else has got their dance in the spotlight, except Jon Huntsman. But this might be his week.”

Not all candidates are focusing on New Hampshire. Minnesota congresswoman Michele Bachmann and Texas governor Rick Perry are both heading to South Carolina for most of next week. That state also probably offers the best hopes of a revival for former House speaker Newt Gingrich, whose campaign in Iowa suffered a reverse.

As social conservatives, all are hoping that they can spark a revival in the more friendly territory of the south. Though risky, it is a strategy that shows these candidates, officially at least, see life beyond the Granite State. —

Time for US to import some democracy