Lagarde warns SA 2012 will be challenging 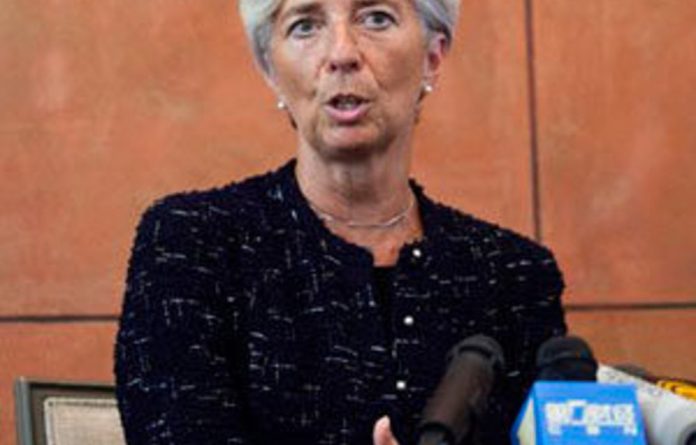 South Africa’s rand recovered some strength against the dollar on Friday but remained vulnerable to the frequent spurts of global risk aversion that pushed it to two-week lows the day before as the eurozone debt crisis persists.

Gordhan has bemoaned what he called “a serious lack of global solidarity” in finding a solution to the debt crisis, which has triggered volatile portfolio flows in and out of emerging markets like South Africa.

“Will 2012 be the end of the euro currency? I seriously don’t think so. It’s a young currency, it’s a solid one as well,” Lagarde told journalists.

“You have within the zone, not in relation to the currency, serious pressure and issues concerning the sovereign debt, concerning the strength of the banking system which are being addressed. But the currency itself is not one that would vanish or disappear in 2012, not at all.”

Lagarde, in South Africa as part of her first tour of the continent since taking the IMF post, reiterated that the fund would likely revise downwards its 4% growth forecast for the world economy in 2012.

Emerging markets such as South Africa have borne the brunt of global risk aversion triggered by the euro zone crisis. Its rand currency fell nearly 23% against the dollar last year.

In early Friday trade, the rand appeared to hold its own despite a sharply weaker euro, trading 0.18% firmer at R8.1750 to the dollar by 6.50am GMT, compared with Thursday’s close at R8.19.

“Maybe people are saying the South African fundamentals are not that bad and the strong co-relation that we’ve had with the euro since the European crisis hit the market may be dissipating somewhat.”

But he cautioned that strong trading links with Europe meant the rand was still vulnerable in the long-term to “any sort of warble” in that region’s common currency.