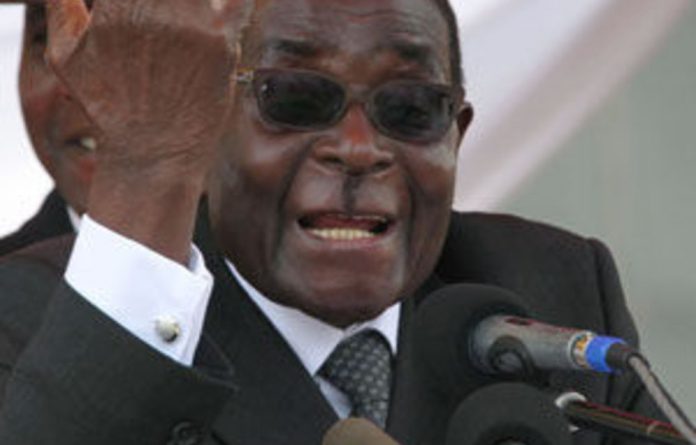 Zimbabwe's President Robert Mugabe will not attend celebrations to mark the 100th anniversary of the ANC, the country's state media reported on Friday.

"His excellency the president, who started his annual leave recently, and who is in the Far East, is unable to personally attend these important celebrations, to which he was invited," his spokesperson George Charamba told the Herald daily.

Vice-President Joice Mujuru will instead represent Mugabe's Zanu-PF party in Bloemfontein, he added.

The ANC had on Wednesday confirmed Mugabe's attendance at the weekend celebrations. Mugabe was a key leader of the Front Line States, gathering South Africa's neighbours in opposition to white-minority apartheid rule.

Mugabe normally takes leave in December until the end of January, but cannot travel to Western countries due to a decade-old travel ban imposed over flawed elections.

Over the last year, the 87-year-old has made near monthly trips to Singapore for medical checks, reportedly for prostate cancer.

"The MDC is appreciative of the neutral role being played by South Africa under the direction of the ANC in its mediation efforts in the Zimbabwean situation," the party said in a statement. — AFP

Telemedicine in Africa is currently limited by the availability of basic infrastructure, but, considering the lack of doctors in rural areas, it is a vital component in addressing the continent’s healthcare needs
Read more
Politics