Taxi industry takes women on board 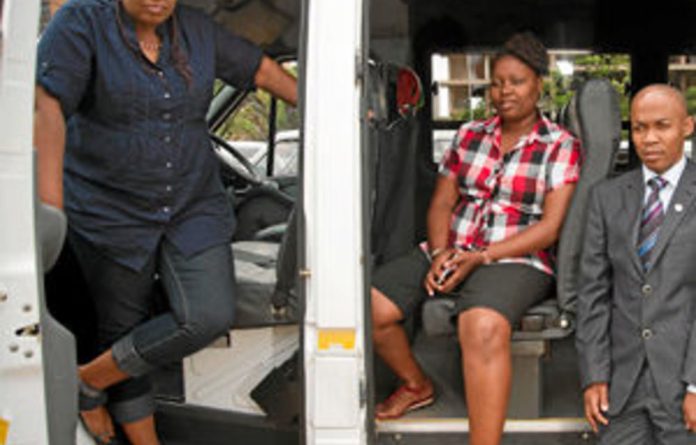 Who would not fancy a gentler taxi industry? With or without miniskirts, unleashing a batch of female taxi drivers on our roads could create a new dynamic. Generally women are gentler, softer, less self-centred and arrogant, more careful and empathetic — and they take fewer risks than men. Certainly this is a stereotype, but stereo­types come from some truths.

So the good news is that the South African National Taxi Council (Santaco) has embarked on an ambitious project to train 1 000 female drivers and has launched an aggressive drive to encourage women to join its management structure and become shareholders in the lucrative industry.

On December 13, interested women met in Pretoria to set up a women’s desk that will provide support for women entering the industry at all levels. Santaco has also started its recruitment drive and drivers’ training courses. It is rolling out “support structures” for women to be integrated into the industry.

So far, structures have been set up in Gauteng, Northern Cape, Limpopo and KwaZulu-Natal to establish women’s desks. Provincial roadshows to encourage women’s participation will take place this month. Is something incongruous or beautiful happening? If you can free yourself from stereotypes and give the taxi industry a chance, it could be the latter.

But how can women, already vulnerable to sexual violence in South African society, be incorporated into such a sexist, aggressive culture? Two teenagers, one of whom was wearing a miniskirt, were harassed by a crowd of men last week at the Noord Street taxi rank in Johannesburg. This followed an incident in the same area about four years ago in which another woman, Nwabisa Ngcukana, was stripped and molested.

“Yes, it is a sexist culture. People bring their tribal beliefs and backgrounds to the industry. We have just started education and training to address this challenge of behavioural attitudes,” said Santaco’s spokesperson, Thabisho Molelekwa. A slight figure in a grey suit and yellow shirt, Molelekwa has a genteel manner quite at odds with the reputation of the industry. He paid for my coffee and enthused about the organisation’s plans to incorporate women.

“Women, just by their presence, will add the feminine touch that we need in Santaco. They will be able to change the environment by their presence. This is critical for the future of our industry. We do need some transfer of power from men to women.

“This is being met with mixed reactions from the males, to be expected — some interest, some warm reception, some acceptance and some resistance.”

Between 15% and 30% more woman
Santaco’s most powerful management structure of 54 includes about five women, but the organisation plans to introduce between 15% and 30% more women to its leadership structures at national conferences in 2014 and 2018. Molelekwa said the organisation had started education programmes through its new training academy that were aimed to help to free the country from sexist attitudes, “break the male-dominance monotony” and move towards a culture of respect and empathy for women.

Santaco also wanted to combat fraud and corruption linked to acquiring taxi-driving licences — which should be successful, he said, as research had shown that there were more male criminals in the world and men were higher risk-takers than women. All this will be part of Santaco’s “Hlokomela” (“we care” in Sesotho) campaign, which aims to provide “a more caring service to the commuter”.

In addition, female drivers will be used as substitution drivers while existing male drivers undergo training. Drivers will be issued with uniforms and name tags and it will become compulsory for them to have a training academy certificate. The campaign also aims to be involved in the rehabilitation of prisoners who have been convicted of taxi-related crimes. One of Santaco’s taxi drivers who is in prison has just received his degree.

“We are keen on women as part of our social responsibility programme. Women have got to see the taxi industry as a good business to be in. Mainly, the women we have [were] inherited from their husbands or fathers who died,” said Molelekwa.

He said that women would be particularly good at promoting Santaco’s social responsibility programmes, one of which paid the school fees of 1 200 pupils in Pietermaritzburg. Another 600 pupils will have their school uniforms paid in 2012. Although Santaco is keen to change its image, women who enter the industry have to deal with prejudices. When Phumzile Mdluli joined Santaco in August last year as a communications intern, her friends simply laughed.

“Women drivers are less aggressive than men, so I am excited about our new drive. I have been pleasantly surprised. Working here has changed my perceptions. Sometimes I am shocked. I stop and ask myself: Is this really the taxi industry doing this stuff — helping people?” she said.

But Audrey Motseleng, a female taxi driver from Pretoria, said sexist attitudes were not just the preserve of taxi drivers: “Passengers can be so rude just because I’m a woman. They make comments, they shout. You have to stay calm, you can’t shout back. They doubted my abilities at first, but now that some are used to me they are comfortable.”