Dilshan looks on the bright side 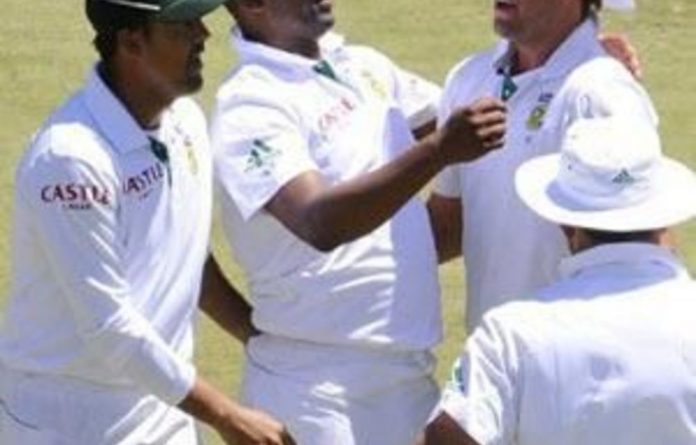 Despite losing the third Test in Cape Town on Friday, and the series, Sri Lanka captain Tillakaratne Dilshan was still smiling after achieving his goal of winning a Test on South African soil.

“Before we came here, everyone thought we couldn’t win a Test outside Sri Lanka,” Dilshan said.

“After Murali [retired spin bowler Muttiah Muralitharan], people said we couldn’t take 20 wickets, but now everyone knows we can do both.”

Having come off a high from their win in the second Test in Durban, the series was poised for an exciting decider in Cape Town, but the Sri Lankans proved unworthy of the task.

“As a team, we have to take the blame,” said the skipper.

“We had a good chance to draw the series but we haven’t been bowling and batting consistently.”

Adamant that he’d made the right decision to field first at Newlands, Dilshan blamed his bowlers for not following a plan and believed it might have been a different story if they had taken their opportunities at the start of the match.

When he only had one run to his name, Kallis skied a ball to fine leg but fielder Chanaka Welegedara did not see it and the ball bounced in front of him, frustrating the tourists who could have had the opposition in trouble at 60 for three.

Instead Kallis went on to achieve his highest Test score of 224 and steer South Africa to 580 for four declared.

Sri Lanka were dismissed for 239 in their first innings and forced to follow-on. With the deficit down to 203, they still carried some hope that they could make the hosts bat again.

“If [Thilan] Samaraweera and Angelo [Matthews] could bat all day, we thought we could put pressure on the South African batsmen,” Dilshan said.

The pair survived the morning session on the fourth day, but Mathews was dismissed after lunch and the innings disintegrated.

The Proteas eventually needed only two runs in their second innings and went on to win by 10 wickets, securing a 2-1 series victory.

Samaraweera made an unbeaten 115 and became the third batsman from the sub-continent, after Azhar Mahmood and Sachin Tendulkar, to score twin hundreds in South Africa.

It was a welcome return for the middle-order batsman after he had been dropped for Sri Lanka’s previous series against Pakistan.

“When we went to Pakistan, we tried to give the youngsters a chance but it didn’t work so we brought him back.

“He is experienced and an important player for the middle order.”

Of more concern to Sri Lanka is the way their top order performed in the three-match series.

Kumar Sangakkara made one century but otherwise barely reached double figures while Mahela Jayawardene, who has not scored a half-century outside of Sri Lanka since 2009, had a highest score of 31.

“It’s a big issue at the moment because Mahela is one of the main batsmen,” Dilshan said.

“Unfortunately he didn’t click but I still feel he is close to coming back.”

While Dilshan was ready to blame the youngsters in the side for not giving 100%, he side-stepped the issue of his own batting.

“I got a good start,” he said, referring to his 78 off 79 balls in the first innings of the New Year’s Test.

“I should have got 100 or 150 runs but I mishit. I should have batted a little longer and the second day might have been different.”

Although not setting the best example, Dilshan expected more from the middle and lower order.

“We looked at the way Dale Steyn batted with AB de Villiers and our bowlers should learn from that,” Dilshan said.

“They have to show the right attitude. Our bowlers are playing for the country and we need to get 100% out of them.