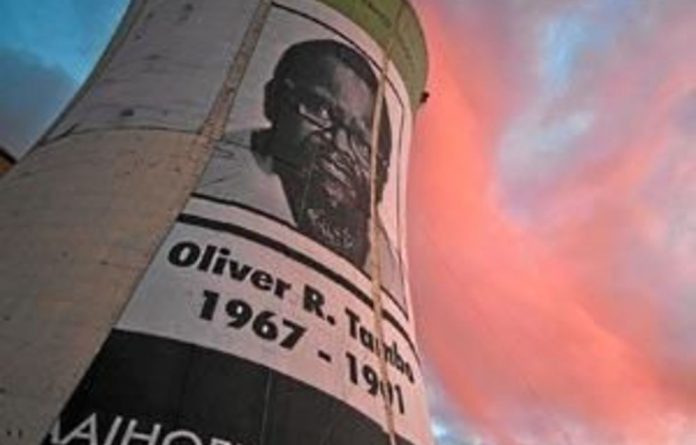 ‘Don’t have mob psychology. Go to Mangaung with an open heart. That time [for raising conference issues] is coming and you must be ready,” he told a crowd at an ANC Youth League mini-rally in Thaba Nchu outside Bloemfontein.

The party is due to hold a conference in Mangaung in December.

Mbalula spoke of “many thugs” who had for years tried to destroy the ANC, but failed.

He told the crowd to go to Mangaung to celebrate the 100 years of the ANC’s existence and ignore “Mickey Mouse political parties” who questioned the millions that would be spent in the process.

“Daai tshelete is fokol [that money is nothing],” he said.

Reports suggested that taxpayers would fork out more than R400-million for the ANC’s centenary birthday celebrations in the Free State if spending on infrastructure was included.

This cost was reportedly in addition to at least R100-million budgeted for the celebrations by the ruling party at national level.

ANC’s national chairperson Baleka Mbete had said criticism of the R100-million the ANC was to spend on its centenary celebrations was unfair.

Mbethe said people should instead focus on the history and heritage of the party rather than on the cost.

About 100 000 people were expected to attend the main celebration on January 8 when President Jacob Zuma is scheduled to deliver the centennial address.

An interfaith night vigil has already started at the Waaihoek Methodist Church, birthpace of the party. The programme also includes an awards ceremony, a traditional cleansing and restoration ceremony, a presidential centennial gala and a music show.

Many international guests and heads of state have confirmed their attendance.

During his address in Thaba Nchu earlier on Friday, ANC Youth League president Julius Malema told delegates to be disciplined and shame those who thought the celebrations would be marred by chaos.

Concern has been raised by senior officials, among them Deputy President Kgalema Motlanthe, over the party’s factionalism, infighting and ill-discipline.

Meanwhile, the Mail & Guardian reported on Friday that a battle was brewing over who else should speak at the event.

The ANC Youth League, the Veterans’ League and union federation Cosatu have questioned the party’s decision to exclude its alliance partners and the leagues from speaking at the rally.

ANC sources believe that the decision not to allow alliance structures to speak is designed to prevent Malema from making comments at the event that might embarrass Zuma.

Alliance leaders told the M&G this week they had not been informed about the decision to prevent them from delivering their messages of support, as has been the tradition in the past.

But the ANC, the South African Communist Party and the Women’s League say there is nothing untoward in the president addressing the crowd alone, as this is a different event from the usual January 8 anniversary statement.

At least 100  000 people are expected to listen to Zuma’s keynote speech.

ANC spokesperson Jackson Mthembu said Zuma was likely to reflect the difficulties that the party faced in trying to liberate the people of South Africa and what it needed to do to remain the political party of choice for the next 100 years. – Sapa and Staff reporter

Endless, toothless internal integrity committees are not the way out of corruption
Read more
Cartoons

SA must fix its ‘dop system’