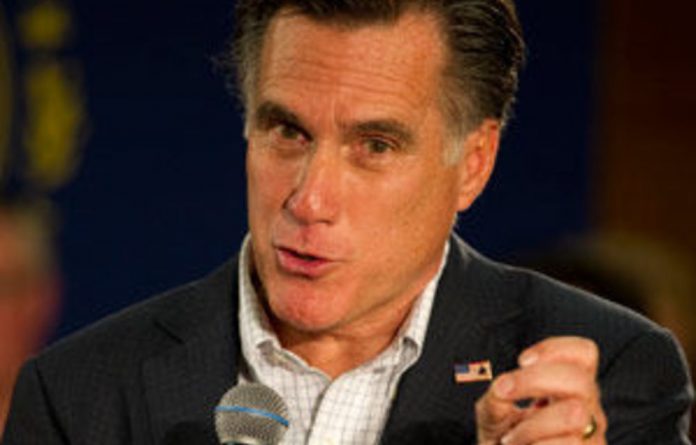 Frontrunner Mitt Romney and his rivals for the Republican presidential nomination face off on Saturday in a high-stakes debate ahead of New Hampshire‘s first-in-the-nation primary.

The showdown, held by tradition on the campus of Saint Anselm College, comes as a fresh batch of opinion polls show Romney with a vast lead over the crowded field but with Christian conservative Rick Santorum surging.

According to an NBC-Marist survey, Romney was ahead with 42% support, followed by Texas congressperson Ron Paul with 22% and Santorum with 13%.

The debate — the first since Romney edged Santorum by just eight votes out of the 120 000 cast in Iowa’s caucus — will give the candidates a prime-time shot at denting Romney before the primary vote on Tuesday.

“I’m ready for what anyone wants to bring my way. Got to have broad shoulders in this business. As was said long, long ago, politics ain’t beanbags,” Romney said in an interview with Bloomberg TV.

Attacks on Romney
Santorum, a former senator from the key battleground state of Pennsylvania, has mostly avoided attacking Romney by name but has mocked the former Massachusetts governor’s shifting views on issues that put him at odds with conservatives.

Former House speaker Newt Gingrich, who blamed his disappointing fourth-place Iowa finish on negative ads by Romney’s allies, has been attacking Romney as they both criss-cross the small north-eastern state.

“It’s a joke for him to call himself a conservative,” said Gingrich, running fourth behind Romney, Paul and Santorum in polls but ahead of former US China envoy Jon Huntsman and Texas governor Rick Perry.

Perry, who skipped New Hampshire after a woeful fifth place in Iowa to campaign on friendlier ground in South Carolina, will need to convince voters that he deserves a second look after shaky performances in prior debates.

Rare chance
Saturday’s debate, and another on Sunday morning, are going to be “highly negative,” said Larry J Sabato, a politics professor at the University of Virginia and the author of Feeding Frenzy: Attack Journalism and American Politics.

“It’s 10 minutes to midnight. If Romney runs away with the voting, there may be no stopping him,” Sabato recently said.

The debates are a rare chance to court a national audience and voters state-wide in New Hampshire, which could send another candidate packing the same way a sixth-place finish led Minnesota congressperson Michele Bachmann to give up.

That could reset the field: Romney’s vast campaign war chest and high-profile endorsements have fed his image as the candidate to beat, but he faces stubborn doubts about his conservative credentials and has never been able to push his support from Republicans above 30%.

If core conservatives rally around Santorum — or another candidate –Romney could be in for a battle, though none of his current rivals can yet match his fundraising or extensive organisation across key states.

‘Will work hard’
Paul, who is running second in most polls, did not show up in New Hampshire until Friday. He is supported by an army of young, college-age voters who gravitate toward his Libertarian message.

Establishment Republicans “call us dangerous”, Paul said during a rally at an airport hangar in Nashua. “In a way, we are dangerous — to their empire … They are in danger of being routed from the system.”

Romney predicted on Friday that he and his rivals would ultimately close ranks around the eventual nominee in order to ensure that Democratic President Barack Obama is turned out of the White House in the November 6 elections.

“We’ll put our egos and bruised feelings aside and then come back and do what’s the right thing for our nation,” Romney told about 100 supporters at a spaghetti dinner in Tilton, New Hampshire.

“When it’s all over, we ought to be able to hug and go to work to get one of us elected president of the United States,” he said. “If I am not the nominee, I will be supporting our nominee, and working for him. I will work hard.” — Sapa-AFP