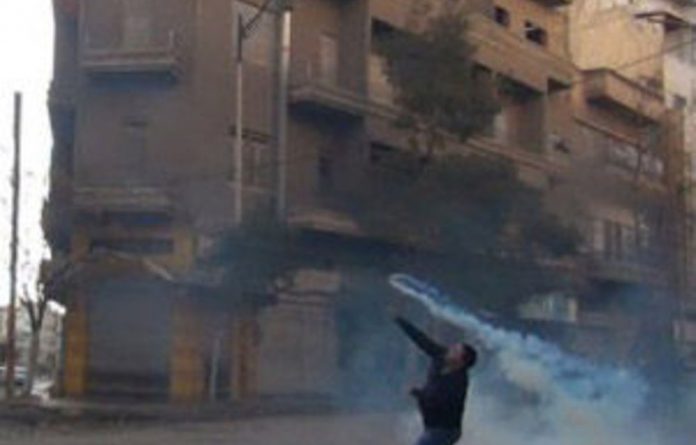 Arab foreign ministers gathered on Sunday to review the record of a widely criticised observer mission to Syria, amid growing calls for the bloc to cede to the UN the lead role in trying to end nearly 10 months of bloodshed.

The ministerial committee on Syria was to meet in Cairo, where the Arab League has its headquarters, to be briefed by the head of the mission, General Mohammed Ahmed Mustafa al-Dabi.

A team of Arab League monitors has been in Syria since December 26, trying to assess whether President Bashar al-Assad’s regime is complying with a peace accord aimed at ending its deadly crackdown on dissent.

But critics say it has been completely outmanoeuvred by the government and failed to make any progress towards stemming the crackdown, with calls for the mission to pull out.

Dabi, a Sudanese former military intelligence chief — who is himself the focus of controversy — said it was too early to judge the mission.

“This is the first time that the Arab League has carried out such a mission,” Dabi told Britain’s Observer in an interview. “But it has only just started, so I have not had enough time to form a view.”

The Arab League has admitted to “mistakes” but defended the mission, saying it had secured the release of prisoners and the withdrawal of tanks from cities.

It said rather than pull out, it planned to send more observers.

Heavy clashes
“No plan to withdraw the observers is on the agenda of the Arab ministerial committee meeting on Syria,” the bloc’s deputy secretary general, Adnan Issa, said on Saturday.

“We are not talking about a pull-out but reinforcing the mission,” Issa added.

Sunday’s meeting comes as heavy clashes broke out before dawn between the Syrian army and deserters, leaving 11 of its soldiers dead, according to human rights activists.

Another 20 soldiers were wounded in the fighting in Daraa province, south of the capital, while nine soldiers defected to join the rebel troops, the Syrian Observatory for Human Rights said.

In addition to the deadly clashes in the village of Basr al-Harir, the Britain-based watchdog also reported heavy machinegun exchanges between the army and deserters in the Daraa town of Dael. There was no immediate word on any casualties.

Cradle of the protests against Assad that erupted in March, Daraa has been one of the provinces hardest hit by the deadly crackdown unleashed by his regime.

On Saturday, Syria held funerals for 26 victims of a suicide bombing in Damascus, promising an “iron fist” response.

The opposition pointed the finger of blame for Friday’s bomb in the capital at the regime itself, as it did after similar attacks in the city on December 23 killed 44 people.

Violence in Syria on Saturday claimed the lives of 21 civilians, 17 killed by security force fire and four by a rocket that targeted a pro-regime demonstration, the Observatory said.

Unacceptable
Saturday’s funerals took place in the Al-Hassan mosque in the working-class Midan neighbourhood where the suicide bomber struck.

As thousands of regime supporters gathered outside, many waving flags, Damascus mufti Bashir Eid preached a funeral sermon in the presence of several ministers.

The regime has consistently asserted that the unrest sweeping the country is the work of armed rebels, not largely peaceful demonstrators as maintained by Western governments and human rights watchdogs.

The US condemned the attack, again calling for Assad to step down, while UN chief Ban Ki-Moon said “all violence is unacceptable and must stop immediately.”

It said the UN Security Council had to address the bloodshed, which the world body estimated in December had killed more than 5 000 people since the protests erupted.

The SNC said “a joint effort between the Arab League and the United Nations Security Council represents a first step toward the urgent and necessary measures to assure the protection of civilians, and to ensure that the regime does not commit additional bombings and killings.”