Botswana bows to Zim in Africa Cup of Nations warm-up 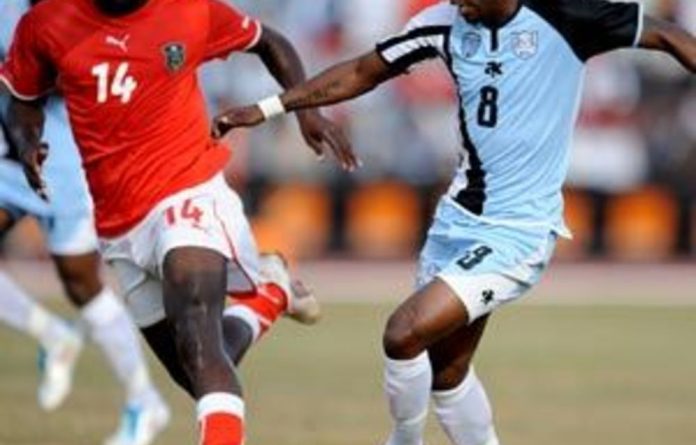 A disappointing weekend for 2012 Africa Cup of Nations challengers saw Botswana players go on strike before being held 0-0 at home by an understrength Zimbabwe team in a warm-up game.

Co-hosts Equatorial Guinea also had to settle for a goalless home draw against severely depleted South Africa in a bruising battle that produced red cards for the visiting captain and coach.

Botswana refused to train for two days after national football association officials said they could not meet a series of financial demands from the surprise first-time qualifiers.

No extra money
Officials from the large diamond-rich southern Africa country of just two-million people have needed government support to fund two camps in South Africa and say extra money is not available.

Financial reward is one of several issues that have marred preparations, with a request from coach Stanley Tshosane to train in Kenya and Brazil rejected and South Africa and Cameroon chosen instead.

Tshosane, widely praised for the three-year transformation of Botswana from football lightweights to Cup of Nations challengers, was also upset when talks on a possible new contract were postponed until the African football showpiece ends.

The ‘Zebras’ fly to Cameroon port city Douala on Wednesday for a 10-camp that may involve matches against club sides and they face co-favourites Ghana on January 24 in the opening Group D fixture.

High-profile casualties
Equatorial Guinea opened the impressive 40 000-seat Estadio Bata — one of four Cup of Nations venues — but there was nothing else to celebrate in a drab friendly of few scoring chances that turned ugly after half-time.

South Africa centre-back and skipper Morgan Gould was red carded for protesting a foul on new midfielder May Mahlangu after being cautioned earlier and coach Pitso Mosimane got his marching orders after complaints from the fourth official.