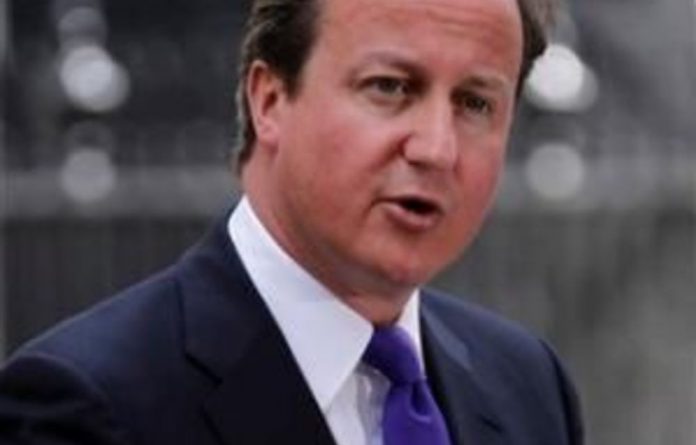 British Prime Minister David Cameron said on Sunday that he would block any attempt to introduce a financial transaction tax across the European Union (EU) as he fears it will harm jobs and prosperity in Europe.

Cameron said countries such as France pushing for the introduction of such a levy were welcome to go ahead and introduce it within their own borders.

But implementing a tax in the European Union when countries in the rest of the world were not bound by it would have a negative effect on jobs and prosperity in Europe, he said.

“If the French themselves want to go ahead with a transactions tax in their own country then they should be free to do so,” Cameron said.

“But the idea of a transactions tax put in place only in Europe that doesn’t include other jurisdictions; what that would do is it would cost jobs, it would cost us tax revenue, it would be bad for the whole of Europe.”

Questions of future in the bloc
He said he would block any attempts for an EU-wide transaction tax.

“We would see a whole lot of institutions and activities go to other jurisdictions, to other places,” he said.

The United Kingdom fears that if a financial transaction tax is introduced across the 27-nation EU, then banks and financial institutions operating in London would leave and move to countries such as Switzerland or China to avoid it.

Such fears about the powers of the City of London financial district being curbed were behind Cameron’s veto of a new EU-wide treaty change to tackle the eurozone crisis at a Brussels summit in December.

The move sparked questions about the UK’s future in the bloc.

‘Concerted approach’
President Nicolas Sarkozy said on Friday that France should not wait for other European countries to get on board with what has been dubbed a “Robin Hood tax” or “Tobin tax” that would help reduce budget deficits.

But a French financial association, Association Paris Europlace, spoke out on Sunday against France introducing such a tax unilaterally, saying it would hurt the country’s economy unless it was implemented across the EU.

“If this tax was applied only in France, it would inevitably lead to an exodus of banks, insurance companies and management”, the association said in a statement, adding that it “would reduce … the role of Paris in the European and global economy”.

For its part, the European Commission has called for a “concerted approach” to the issue. –AFP

Due to covid-19, there are aeroplanes jetting about with few, if no passengers in them, which means those planes are releasing unnecessary greenhouse gases that will trap heat and warm this planet for decades to come
Read more
National

Have you made the most of your tax-free investment contributions?
Read more
Opinion

Society’s fascination with robbing the rich to feed the poor, whether fabricated or in real life, reveals a profound longing for justice and redistribution in a capitalist world
Read more
Advertising
Continue to the category
Coronavirus