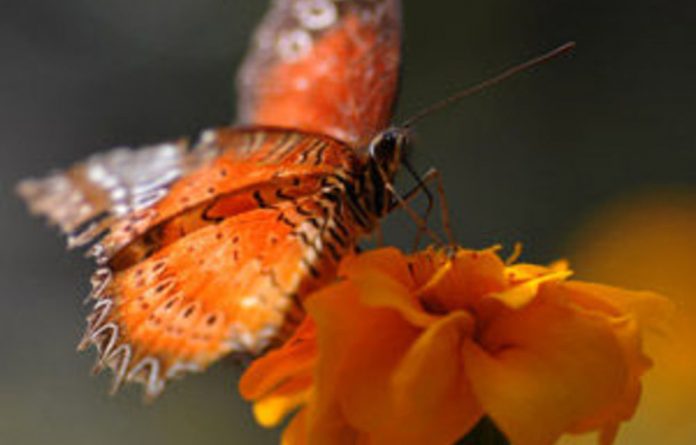 Fast-track warming in Europe is making butterflies and birds fall behind in moves to cooler habitats and prompting a worrying turnover in alpine plant species, studies published on Sunday said.

The papers, both published by the journal Nature Climate Change, are the biggest endeavour yet to pinpoint impacts on European biodiversity from accelerating global temperatures.

A team led by Vincent Devictor of France’s National Centre for Scientific Research (CNRS) found that from 1990 to 2008, average temperatures in Europe rose by one degree Celsius.

This is extremely high, about 25% greater than the global average for all of the last century.

In order to live at the same temperature, species would have to shift northward by 249 kilometres, they calculated.

But during this period, butterflies moved only 114 kilometres, and birds by just 37 kilometres.

Population decline risk
The data is derived from observations made by a network of thousands of amateur naturalists, amounting to 1.5-million hours of fieldwork.

The study was not designed to say whether these species are suffering as a result of warming, which is one of the big questions in the climate-change saga.

However, the risk of population decline is clear, the authors say.

Species that lag behind a move to a more suitable habitat accumulate a “climatic debt”.

Eventually, the impact of warming hits parts of the local food chain on which they depend, such as caterpillars or vegetation, and this cuts into their chances of being able to adapt. Finding a similar habitat is made more difficult by agriculture.

The second study looked at 867 samples of vegetation from 60 mountaintop sites across Europe in an assessment of the hottest decade on record.

Continental level
Seen at local level, there was little apparent change during in the study period of 2001 to 2008.

But when the picture zoomed out to continental level, it was clear that a major turnover was under way.

Cold-loving plants traditionally found in alpine regions were being pushed out of their habitats by warming-loving ones, which invaded higher altitudes that were now within their grasp.

“We expected to find a greater number of warm-loving plants at higher altitudes, but we did not expect to find such a significant change in such a short period of time,” said study leader Michael Gottfried, a University of Vienna biologist.

“Many cold-loving species are literally running out of mountain. In some of the lower mountains in Europe, we could see alpine meadows disappearing and dwarf shrubs taking over within the next few decades.”

The research was the biggest plant-count of its kind in Europe, gathering 32 researchers from 13 countries. — AFP