Suu Kyi may soon play a role in Burma’s parliament 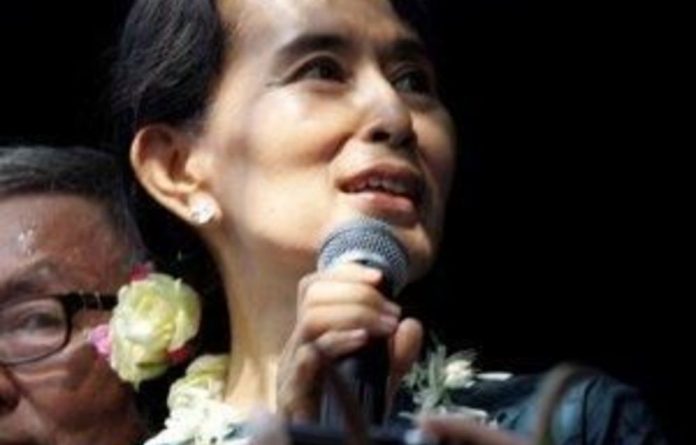 Democracy champion Aung San Suu Kyi could be given a job in Burma’s nominally civilian government if she is elected to parliament in the April by-elections, a presidential adviser said on Sunday.

The Nobel laureate (66), who could be propelled into a parliament still largely composed of the military and ruling army-backed party, would be given a “suitable” position, Nay Zin Latt said.

It is the latest gesture of reform by Burma’s new leadership, but concerns remain about the fate of political detainees in the country.

“There is also a possibility she will be appointed to the government,” said the adviser, adding it would depend on Suu Kyi’s wishes.

“If she’s more interested in legislative matters, there can be a suitable duty for her [in] parliament,” he said.

‘Just a parliament member’
The comments come as Suu Kyi’s National League for Democracy (NLD) party confirmed that she would contest the vote in a constituency near Rangoon.

“Daw Suu will contest … We will release final candidate lists for constituencies after January 11,” NLD spokesperson Nyan Win said. ‘Daw’ is a term of respect in Burma.

“We do not know yet how and where she will serve her duty if elected”, he said, adding that she would “just be a parliament member”.

Nyan Win said Suu Kyi will embark on a campaign trip soon, although details of the tour have not been decided.

Nay Zin Latt said President Thein Sein would welcome Suu Kyi if she was elected in the vote and becomes a parliament member.

‘Free and fair’
“The president wants the coming by-elections to be free and fair,” he said.

Suu Kyi, who was freed from seven straight years of house arrest days after the November 2010 election, said she expected to live to see a “full democratic election”, in Burma.

Her NLD also saw its party registration officially approved by authorities last week, clearing the final hurdle to its participation in the by-elections.

A total of 48 seats are up for grabs in the April vote — 40 in the lower house, six in the upper house and two in regional assemblies.

The polls are to fill places vacated by those elected in the controversial vote who have since become ministers and deputy ministers in the government.

Relations starting to thaw
But the number of seats available is not enough to threaten the resounding majority held by the ruling party.

One quarter of parliament’s seats are taken up by the army, while the Union Solidarity and Development Party, which is packed with former military members, holds about 80% of the remainder.

Relations between the new nominally civilian government and the opposition have seen a significant thaw in recent months, with high-profile dialogue between former generals, including the president and Suu Kyi. –Sapa-AFP