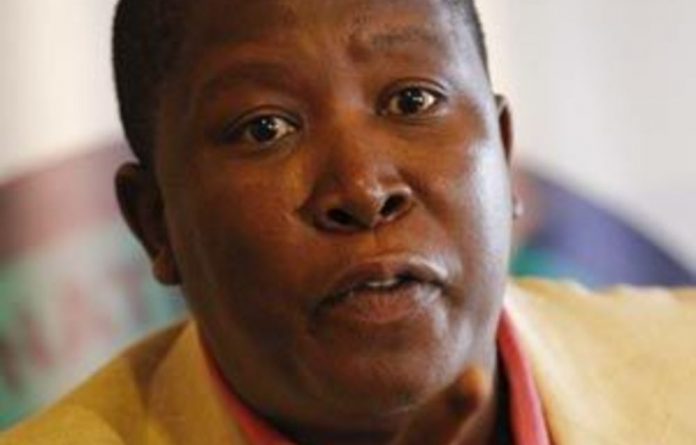 The ANC Youth League dismissed reports on Sunday that its suspended leader Julius Malema said ANC leaders were baboons at a mini-rally in Bloemfontein where the ruling party is hosting its weekend centenary celebrations.

The youth league’s dismissal comes after Malema was quoted by the Saturday Star as saying: “The people that did not want us here, they are baboons … but the baboons, they didn’t know how we work — that we have ways to get to our people.”

“ANC [Youth League] president addressed the rally in sePedi and the journalist who wrote the story does not have even the slightest understanding of the language the president was using,” spokesperson Floyd Shivambu said in a statement.

“She instead relied on a lousy interpretation of a bystander on what the president was saying … Under no circumstances can [a youth league] president say ANC leaders are baboons, and he would never make such a remark.”

“The ANC [Youth League] demands an immediate retraction by the Saturday Star of all their allegations and misrepresentation of what the president said,” Shivambu said. — Sapa