Rowe rakes in the rands at Africa Open 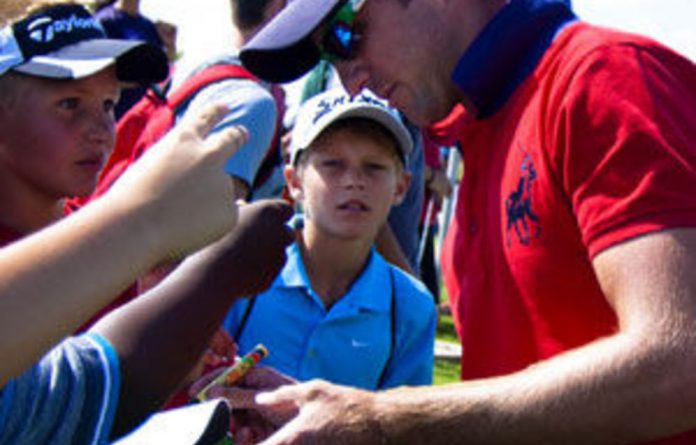 South African golfer Lyle Rowe signed for the biggest payday of his career at the Africa Open on Sunday when he finished on an 18 under total 274 in a tie for eighth.

The Africa Open, a co-sanctioned event with the Sunshine Tour and European Tour allows local players who are not exempt in Europe to play in these big money events.

Rowe, originally from Port Elizabeth, has good local knowledge on the East London golf course and his final round started with a scorching six birdies in a row.

“Six birdies in a row — it always helps. I got off to a nice start and carried on through the round,” said Rowe on Monday.

“I’ve played there every other event that they’ve held at East London as an amateur. I caddied in the SA Amateur, so going six or seven times around the course helped a lot.”

Rowe, before the Africa Open, put together his previous best finish at the co-sanctioned SA Open in November where he ended in a share of 13th.

The high finish enabled him to move inside the top 50 on the Sunshine tour order of merit, and secure an exemption for the co-sanctioned events in January.

‘Rusty’
The timing of the events, however, would not have suited Rowe with the extended break, and his goals were not high starting the week.

“They [his goals] weren’t too high as I thought I might be a bit rusty. I’ve been playing and practising but you never know what to expect for the first tournament,” Rowe said.

Rowe played much of his golf in 2011 on the Sunshine secondary tour, the Big Easy tour where he managed a victory.

Now Rowe will look to maintain his good play throughout the year.

“Hopefully it will be more of the same for me. It’s a different league [playing in co-sanctioned events] but it comes with its own challenges and I just hope the results come,” he said.

“I just need to keep building on the start, and finish well up on the [Sunshine tour] order of merit … You get confidence knowing you can compete on that kind of level and the results speak for themselves.”

‘Tough course’
This week he will also be in the field for the first time at the Jo’burg Open at Royal Johannesburg and Kensington golf club, the last of the co-sanctioned events in the early part of the year.

“I’ve played at Royal Jo’burg quite a bit, but I’ve never played in the event,” said Rowe.

“I have experience on the course playing amateur golf. I know it fairly well, but it’s a tough course.”

Looking ahead to the rest of the year, Rowe will try and make it in Europe.

“I’ll try to play as many events [locally] as possible, and then I’ll see if I can get a couple of starts on the [European] challenge tour, so I can maybe get a step-up to the European tour,” he said.

“It’s all down to whether I can get invites to those events.” — Sapa