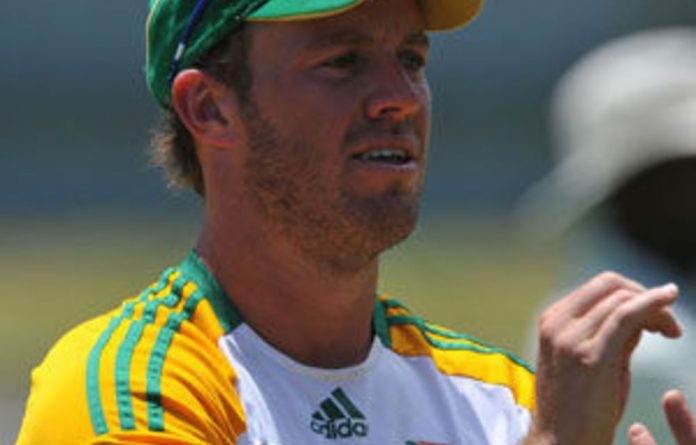 AB de Villiers takes on a new challenge when he captains South Africa in the first one-day international against Sri Lanka at Boland Park on Wednesday.

De Villiers was appointed captain of South Africa’s one-day and Twenty20 teams when Gary Kirsten was named coach last June but a hand injury kept him out of matches against Australia.

Hashim Amla took over as captain in a drawn Twenty20 series and a one-day series which Australia won 2-1.

It will be a tough baptism for De Villiers, one of South Africa’s key batsmen, because he has also been selected to keep wicket.

Sri Lanka, coming off a 2-1 Test series defeat, will seek to recapture the form that took them to the World Cup final last year.

Effective bowler
Their squad includes fast bowler Lasith Malinga, one of the most effective bowlers in limited overs cricket, who is no longer available for Tests.

The first four matches are being played at some of South Africa’s lesser venues before the fifth and final game is staged at the Wanderers Stadium in Johannesburg.

Paarl has not hosted an international match since the World Cup in 2003. The pitch at Boland Park is known as one of the slowest in South Africa, which should suit a sub-continental team such as Sri Lanka.

The conditions could encourage Sri Lanka to field unorthodox spin bowler Ajantha Mendis, who did not feature in the Test series, alongside left-armer Rangana Herath, who was one of his side’s best bowlers in the Tests.

Only six of the South Africans played in the Test series. Vernon Philander, the fast bowling discovery of the Test summer, was not included, nor was opening batsman Alviro Petersen, who made a century in the final Test.

Stern opposition
Amla is expected to open with Test skipper Graeme Smith, who relinquished the one-day captaincy after the World Cup.

The withdrawal through injury of batsman Dean Elgar means that fast bowler Rory Kleinveldt, who has appeared in Twenty20 internationals, is the only player in the South African squad who does not have a one-day cap.

By contrast, the Sri Lankan squad includes 10 players who appeared in the Test series.

With Malinga and Mendis likely to strengthen the team for one-day purposes, the tourists could provide stern opposition for a South African team under new leadership.