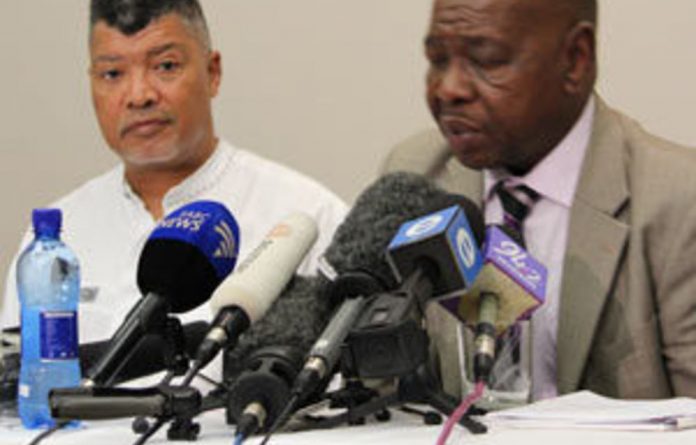 After a woman was killed and 17 people injured in the crush at the University of Johannesburg (UJ) on Tuesday morning when thousands of matriculants hopeful of gaining admission arrived, questions have been raised about why late applicants in Gauteng target UJ and not other universities.

The university’s explanation has been that they offer study opportunities not available at other Gauteng institutions. It is centrally located and as a so-called “comprehensive” university, it offers vocational diplomas as well as traditional degrees, spokesperson Herman Esterhuisen told the Mail & Guardian on Tuesday.

“Most other universities in Gauteng only offer degrees,” he said.

It is the second year in a row that similar scenes have occurred at the university — once again in the week after matric results were released. Esterhuisen said about 6 000 “desperate” late applicants started queuing on Monday in a fight for about 800 remaining spots. The university admitted that about 11 000 first years depending on the number of senior students who return.

Despite communications about admission requirements, most of the late applicants did not meet these but were “trying their luck anyway”, Esterhuisen said.

Not alone
However, it is not the only university being approached by late applicants following the release of matric results last week that might have given some candidates, who had not applied, an unexpected chance of getting university admission.

About 1 500 late applicants per day show up at the various campuses of Tshwane University of Technology (TUT), said spokesperson Willa de Ruyter. This is because, like UJ, TUT offers career-focused qualifications and diplomas as well as degrees.

By contrast, there is less pressure from late applicants at Wits University, a short distance from UJ.

Wits offers only traditional degrees, said the university’s registrar Kirti Menon. “We only consider students with admission for degree purposes, not diploma or higher certificate entrance,” she said.

The university had about 1 000 prospective students a day enquiring about late applications, Menon said. “They often apply late because of lack of career counselling, doubts about their performance or financial considerations.”

‘Inundated’
The Durban University of Technology, which offers diplomas and technology degrees but not traditional degrees was “inundated” by what Alan Khan, senior director of corporate affairs, called “walk-ins” on Monday but said there were no “incidents”.

“These learners came to the university with their results, hoping to get a place. We advised them that they should come back on January 30 after we have registered students who have already been accepted as we will only know then what places we have available,” he said.

Earlier on Tuesday, Higher Education Minister Blade Nzimande announced that the department would move to a “central application process” to alleviate problems regarding university registrations.

“We are considering discontinuing walk-ins at registration time at universities,” said Nzimande.