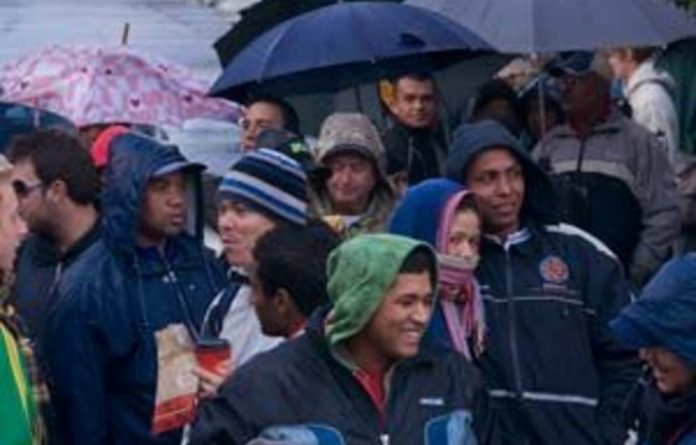 A storm is brewing over contentious proposed legislation, which aims to punish those issuing severe weather warnings without proper authorisation.

Under the legislation, only the South African Weather Service (SAWS) will be permitted to issue “serious weather warnings”.

It is understood the Bill is hoped to control the reporting of hazardous weather events, to prevent incorrect warnings being issued.

But the Bill’s definition of a “severe weather” event is too broad according to analysts and opposition parties.

The Bill also proposes a limitation of liability, which would see SAWS not being held responsible for any loss or damage incurred from their issuing an incorrect weather warning.

Johan Terblanche, founder of the South African Weather and Disaster Observation Service (Sawdos), which publishes public weather observations, believes the Bill will prevent any citizen from merely commenting on the weather.

“As the amendment Bill now reads, nobody will be able to issue any warning of approaching severe weather,” he wrote on his blog.

The Democratic Alliance (DA) has labelled the Bill as an attempt to “crush creativity and innovation”.

“This is a draconian attempt to establish and protect an unfair monopoly on services offered by the weather service, some of which are commercial services,” Gareth Morgan, DA spokesperson of water and environmental affairs said in a statement.

But Isham Abader, deputy director general of the department of environmental affairs believes there is “nothing untoward” about the Bill’s intentions.

“The Bill merely seeks to prevent the transmission of unreliable information. Incorrect weather warnings could lead to the evacuation of an entire town at great expense to the tax payer,” Abader told the Mail & Guardian.

Environmental journalist Simon Gear admits that it is “international practice” to have a central system controlling warnings of severe weather patterns, but questions the control the Bill grants to SAWS.

“I personally would never issue a serious formal warning unless it was confirmed by SAWS. But you have to ascertain how much authority the service will have to withhold or grant permission to report on severe weather,” he told the M&G.

This sentiment was echoed by eNews, who solely rely on the data collected by their independent information gathering service for their weather reports.

“The definition does need to be clarified in terms of how we and other people report on the weather. If we monitor imminent gale force winds in the Cape, can we report on it if there isn’t a warning?” asked senior meteorologist Candice McKechnie.

McKechnie said the Bill would, however, prevent “mass hysteria” resulting from incorrect warnings.

Public hearings are due to be held on the Bill in coming weeks and Abader maintains all responses would be “taken into account”.

“We will look at rewording the Bill if necessary to make sure it operates properly and caters to the needs of all involved,” he said.

Now that we are in the second week of lockdown, South Africans seem to be taking their unwritten civic duty of snitching very seriously
Read more
Opinion

Irregular increases and bonuses, along with a designer handbag "gift", caused employees to lodge a complaint with the public protector.
Read more
National

The presidency has renewed its plea for the media and public to respect Nelson Mandela's privacy, hours after he was discharged from hospital.
Read more
Advertising