England back Farrell in international debut 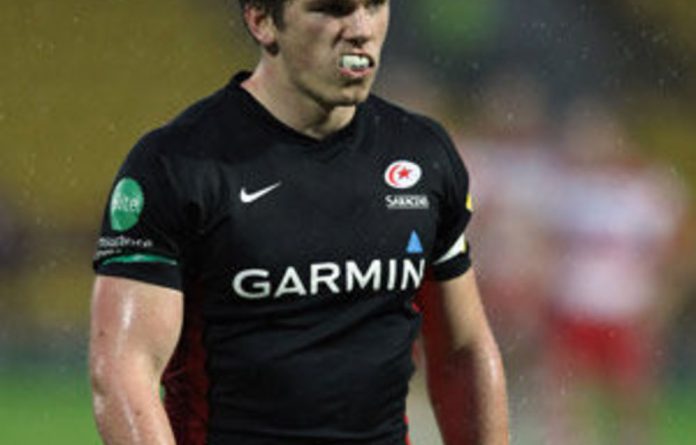 England’s interim coach Stuart Lancaster believes young centre Owen Farrell will cope with the pressure if he makes his international debut next month.

The 20-year-old was named in Lancaster’s 32-man Elite Player Squad (EPS) for the Six Nations on Wednesday and is widely tipped to win his first cap when England begin the defence of their title away to Scotland on February 4.

Goal-kicking midfielder Farrell made his first team debut for Saracens in 2007 aged just 17 and finished last season’s campaign by kicking 17 points in his club’s 22-18 win over Leicester in the English Premiership final.

Farrell is also in the unusual position of having his father — former dual-code international Andy, who coaches at Saracens — on the England staff for the duration of the Six Nations.

In football, English managerial great Brian Clough coached his son Nigel whilst in cricket the Stewarts, Micky and Alec, were involved in the England set-up as coach and player respectively in the 1990s.

And Lancaster is confident Owen Farrell will step up to the mark if he starts next month’s Calcutta Cup match at Murrayfield.

“I don’t think anyone can gauge what he has achieved,” Lancaster said.

Not ‘fazed’
“He has achieved going from being an academy player to playing in the Premiership finals and big games. He went to the under-20 World Cup and he won’t be fazed by it all.

“I have met him a few times and we had a long conversation. He deserves to be in the squad on merit. He has temperament and presence and that is what we are looking for,” added Lancaster, in charge for the Six Nations following the post-World Cup resignation of Martin Johnson.

Farrell could form an all Saracens midfield with injury-prone fly-half Charlie Hodgson and centre Brad Barritt as Lancaster looks to the trio to reproduce the form that has taken their club to second spot in the Premiership.

Hodgson’s defence has attracted criticism but, with Toby Flood doubtful and Jonny Wilkinson retired from the international game, he is set to start against Scotland.

“Charlie has got a fantastic opportunity,” Lancaster said. “To have him in the squad was crucial for us. Jonny’s retired and Charlie deserves it.

“I have no qualms whatsoever in picking him. He has improved defensively and he is one of the best ball-playing fly-halves we have got in this country.”

Lancaster was speaking at West Park Leeds Rugby Club where England will have a five-day training camp from January 23.

Back to basics
The former Leeds coach chose his local rugby club, where his son plays, for the camp as part of his back to basics approach for England after the excesses of their woeful World Cup in New Zealand.

He has made 15 changes to the last EPS group and brought in a raft of youngsters including Farrell, Gloucester’s Charlie Sharples and Harlequins centre Jordan Turner-Hall.

But Lancaster insisted his squad was not lacking in experience, pointing to the presence of players such as Flood, Ben Foden, Dylan Hartley, Matt Stevens and Tom Croft.

“Look at the experience we have got in the front row and the second row.

“We are going into the Six Nations and the majority of the sides have stability, they have consistency and they have quality players and a consistent management. We are under no illusions about what we are facing.” — AFP