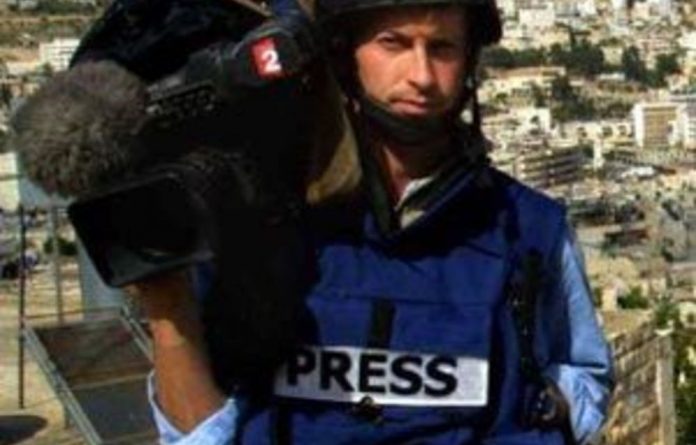 Syria’s President Bashar al-Assad vowed on Wednesday to defeat a “conspiracy” against his country, as US Secretary of State Hillary Clinton branded a rare speech he delivered the day before as “chillingly cynical”.

Violence linked to the Assad regime’s deadly 10-month crackdown on dissent showed no signs of abating, with a rocket attack killing at least seven people in the flashpoint central city of Homs, including a French reporter and six Syrians.

France demanded an investigation into the death of the journalist, identified by his employer France 2 television as 43-year-old Gilles Jacquier, while the US accused Syria of failing to provide an environment hospitable to the media.

Jacquier is the first Western reporter to die in Syria since the anti-regime protests erupted in March.

An Agence France-Presse photographer at the scene said Jacquier died when a shell exploded amid a group of around 15 journalists covering demonstrations on a visit organised by authorities.

Several more people were reported wounded, including a Belgian journalist who was hit in the eye and a Dutch photographer who has since been released from hospital.

“Pro-Assad activists were also hit. When I went down, I saw Gilles lying in a pool of blood. An ambulance drove up and I jumped in. At the hospital, it was chaos and total hysteria, with more wounded arriving every five minutes,” said the AFP photographer.

Blame game
The French ambassador to Syria, Eric Chevallier, later visited the Homs hospital where Jacquier’s body is being held.

The Syrian Observatory for Human Rights said “rockets hit between the quarters of Akrama and Al-Nuzha where there was a group of journalists. A Western journalist was killed, as well as six Syrians, and there were [others] wounded.”

Homs activists blamed authorities for the incident. The Observatory did not lay any blame.

French President Nicolas Sarkozy paid tribute to Jacquier, an award-winning correspondent who had worked for the channel since 1999 and covered conflicts in Iraq, Afghanistan, Kosovo and Israel.

“France expects the Syrian authorities to shed light on the death of a man who was simply doing his job: reporting,” Sarkozy said.

Assad, speaking to tens of thousands during a public appearance in the capital’s Omayyad Square on Wednesday, said that “without a doubt we will defeat the conspiracy, which is nearing its end and will also be the end for [the conspirators] and their plans.”

‘Forced to attend’
Dressed casually and looking confident, Assad stood at the edge of the throng behind security guards, and said: “I came here to draw from your strength. Thanks to you, I have never felt weak.”

His wife Asma was also present, smiling and looking relaxed.

There were pro-regime rallies in other cities and Observatory chief Rami Abdel Rahman said “government workers had been forced to attend” with soldiers in the southern city of Daraa “marching in civilian garb”.

“Whoever wants to talk should come down into the street,” said Assad, as he thanked his backers, many holding his portrait or waving Syrian flags, for “supporting the institutions of the state and the army”.

The UN estimated last month that more than 5 000 people had been killed in the crackdown since March, many gunned down during street protests.

In a televised speech lasting nearly two hours on Tuesday, Assad vowed to crush “terrorism” with an iron fist.

Falsifying facts
“Regional and international parties who are trying to destabilise Syria can no longer falsify the facts and events,” said the embattled leader.

That prompted opposition movements to accuse him of pushing Syria towards civil war and world powers to accuse him of trying to shift the blame for the 10 months of bloodletting in the protests against his regime.

“What we hear from President Assad in his chillingly, cynical speech yesterday was only making excuses blaming foreign countries,” Clinton told reporters in Washington.

In Moscow, Russian security council secretary Nikolai Patrushev said there was information coming in “that Nato members and some Arab states of the Persian Gulf … intend to turn the current interference in Syrian affairs into direct military intervention,” something he called the “Libyan scenario”.

He said neighbouring Turkey may be the one to strike.

In Istanbul, the head of the opposition Syrian National Council, Burhan Ghalioun, expressed alarm about Assad’s “dangerous speech in which he stated his determination to use violence against our own people”.

Covering up crimes
In New York, UN assistant secretary General Lynn Pascoe told the Security Council that 400 people had been killed since Arab League observers began their work on December 26 to assess Assad’s implementation of the peace deal.

Critics say the Arab mission has been completely outmanoeuvred by the government in Damascus, with the opposition Muslim Brotherhood accusing it of covering up “crimes of the Syrian regime”.

One observer, Algerian Anwar Malek, announced on Wednesday he had quit, accusing the regime of committing war crimes and of duping his colleagues.

But an official at the Cairo-based League dismissed Malek’s accusations, saying they were unfounded.

Amid the finger-pointing, activists said five civilians were killed on Wednesday near the central city of Hama and in Homs, and that loyalist troops clashed with deserters. — AFP