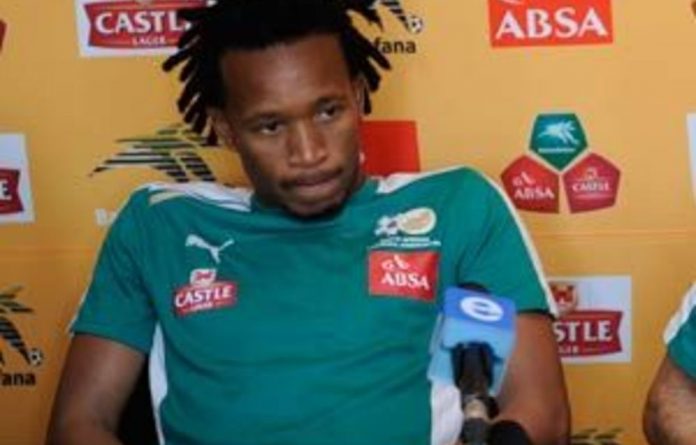 Captain Lehlohonolo Majoro says South Africa’s heavily depleted soccer team will not put pressure on themselves when they face West African powerhouse Ghana in a practice match in Phokeng, outside Rustenburg, on Sunday.

“We try by all means as players to win, but at the same time we can’t really be hard on ourselves if we don’t win,” Majoro said.

The South African squad are coming off successive draws — a goalless encounter in a friendly international against Equatorial Guinea in Bata last week and a 1-1 stalemate in a practice match against Zambia in Johannesburg on Wednesday.

They showed some fight as they came from a goal down to level the scores against the Zambians and while Majoro said they would look for a better result against Ghana, he admitted the second-string squad would line-up as underdogs.

The Ghanaians, warming up for the Africa Cup of Nations later this month, are ranked 29th in the world — 23 positions ahead of South Africa.

Upset victory
The hosts are without the majority of their first choice players, who were not released by their clubs.

While he insisted the team could not be expected to perform at their best without their star players, Majoro said they would be gunning for an upset victory.

“A win is always nice because we’re professionals and we play to win,” he said.

“Judging by the fact that we’re still new, you can’t really expect to be performing like the Bafana Bafana that we [all] know, like the team that played in the World Cup, because they had a long time together.”

Majoro expected the squad to give their best against Ghana, despite the status of the match, as the youngsters looked to prove themselves against quality opposition.

“For us it’s to play as a team, but a win is also important, so against Ghana we can’t really say it’s a must win, even though we’re representing our country and we must give our all.”

Ajax Cape Town captain Granwald Scott said the young side were in a good space, with Mosimane giving them the freedom to show their skills and gain experience.

“He [Mosimane] doesn’t want to put any pressure on the guys to get a result and at least the guys enjoy themselves on the day,” Scott said.

“I think the coach is now giving us a platform where he says, ‘I trust you guys to play to what you know and be yourselves on the pitch’.

“In the back of our minds as players is to get a result, but the main thing is to enjoy it.” — Sapa